Not long after I started listening to this EP, the first thing to strike me was the timeless style of the thrash involved. This release is Hemoptysis' debut, and upon listening, this one transports you back approximately twenty years, to a time regarded as the golden-age of thrash metal. And yet, despite this, the album is young, new, and fits into this decade just as well as It would have fitted in to the eighties. That alone, is a quality worthy of admiration. 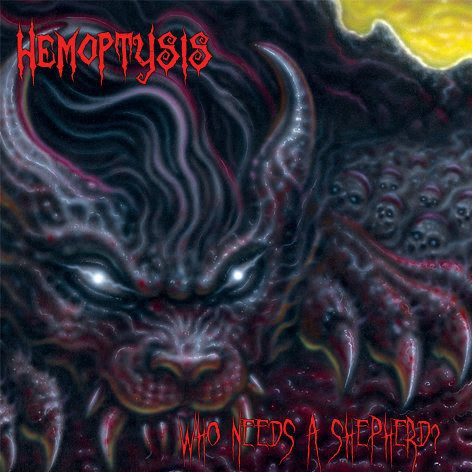 the band's style of thrash is refreshingly different to many of the modern thrash bands out there. As opposed to the formulaic, exact, retro thrash style adopted by so many, Hemoptysis have taken the style and done their own thing with it, as the best bands do. What has resulted is impressive, with clear, tuneful solos, and soaring, thrilling riffs, being driven by a solid rhythm-section. The screamed vocals remind me heavily of bands like Skeletonwitch, which cannot be a bad thing, and helps to find the band a little independence from the more traditional thrash styles of the eighties.

At only five-tracks, the band have gone all-out to make every track count, and there is certainly next to no filler present on the record. The first track "Shadow of Death" especially, is the sort of track that will, in time, be known as a classic. The song, from start to finish, echoes of a band who are running at their best, and taking no prisoners. The song will also be on their upcoming album, with even more thrashy goodness crammed into it. The rest of the EP is equally pleasing, with tracks like "Who needs a Shepherd" consisting of the kind of excellent thrash which it would be a shame to lose. The guitar work on that track in particular reminds me of Megadeth, and I can't help but wonder if the band held Megadeth as a major influence.


I can't say I can find much in way of criticism for this EP, and what few criticisms I have are insignificant. Sure the production values aren't perfect, but frankly, thrash was at it's best at a time when production values weren't perfect anyway. I think this band show a lot of promise, and the release of a followup to this debut in a few weeks time will stand testament to that. Judging by the samples on Amazon, it's going to be excellent.