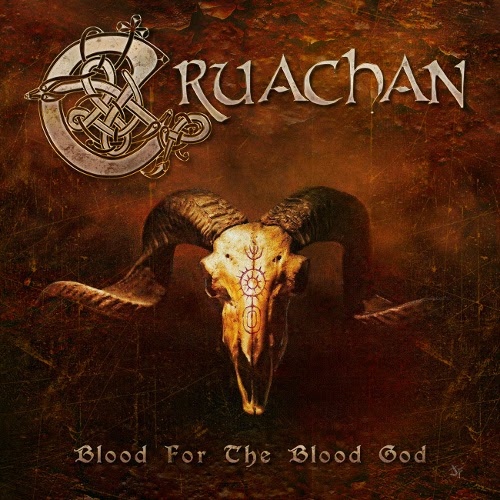 I started listening to Enslaved around the time that "Axioma Ethica Odini" was released, or perhaps a bit before. I don't entirely recall - I started off on "Below The Lights" and didn't pay attention to new material for a while. The crucial point is that that I did notice was that Axioma was not only eagerly anticipated, but was likewise very well received. How Enslaved albums were anticipated and received before that, I don't know, but since that record, the bands subsequent efforts have been some of the most hype-attracting announcements in metal as a whole, earning the band a reputation for quality which may well pre-date my experience. It wouldn't surprise me if it was always this way; the band have never been guilty of a legitimately bad album, and stylistically, the whole of their post-2000 output has been a thoughtful evolution of progressive black-metal. From personal experience, at least, "Riitiir" seemed to be lauded and adored. The build-up to "In Times" has been no different, albeit with even more to live up to. The game escalates with every round, and the question is, does the new record step up? 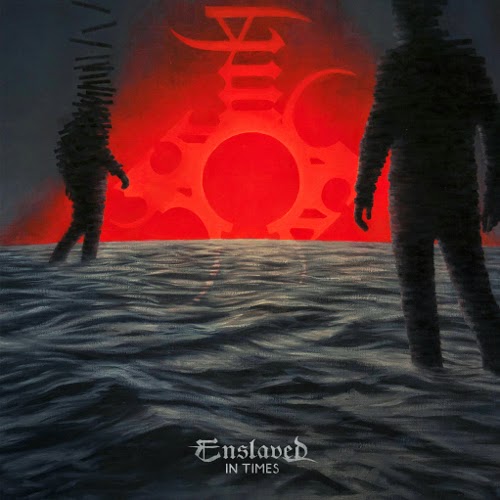 "In Times" does not take long to get into; it's unabashedly an Enslaved album from the get-go, and carries with it the momentum that the two records before it created, while, like those records, being sufficiently different to be fresh, whilst still hoisting the Enslaved banner high. It feels extremely accessible, but without compromising a recipe decades in the making. It's a rich and luxuriant album, well produced, well written, and revelling in its progressive-influence whilst weaving the dream-like sound which has been blossoming for years with every bit as much vivacity and inspiration as ever before. In Times feels a little humbler than Riitiir; lean and refined. Riitiir was a sprawling and enormous creature with a thousand tentacles, a million eyes - well crafted, yes; absolutely among my favourite Enslaved records... but also quite a handful. In Times flows clear and crisp, like a mountain stream; a little faster, a little shorter, and a little more contained within itself. The record doesn't threaten to spill out of itself, overflowing. Instead, it is a discreet and decidedly enjoyable capsule of inspiration, offering not too little, but neither does it offer too much. As far as run-time and so forth goes, it hits the nail on the head, accommodating long, ambitious tracks, but never outstaying their welcome.

A huge strength of In Times seems to be how memorable it is; Enslaved have honed and refined their chorus game to a very fine point on this one, and it shows. Almost every song is graced by well-executed and distinct clean-vocals reinforcing the cosmic and transcendental sounds the band have steadily embraced more and more. The riffs on the record are also razor-sharp, rendering proceedings more electric, more alive than some of the more "dry" Enslaved albums. Further honey-coated by the beautiful solos, particularly in the closing track, the album swaggers and writhes with a triumphant and sublime prowess which has seldom been so pronounced in the band. The record utterly stands on its own, and rightly so, as one of Enslaved's best. Contrastingly, In Times also feels nostalgic and reflexive, too - there are subtle call-backs to earlier days, all of which feel in place and appropriate, gifting the listener with wondrous moments of half-recognition. One of the riffs in "Daylight" reminisces to "Ethica Odini", while the opener, "Thurisaz Dreaming" offers up glimpses of the style the band opted for throughout the early-2000s records, particularly "Below the Lights". All in all, the old and the new collide to create something great in its own right.


Again and again, experience teaches that Enslaved are a band who can deliver, and In Times is another constellation in their great and wide musical sky. It is the first new record that I have been enthusiastic enough about to listen to multiple times in a day without tiring of it, and certainly one of very few records I currently feel enthusiastic enough about to listen to twice in a row without a pause. Predictably, and happily, In Times is magnificent stuff.

This is somewhere around the 9/10 mark.