Ladies and gentlemen, what is quite possibly the best metal-site I have come accross in years, I discovered yestarday.

Map of Metal presents you with an interractive tour of almost all genres of metal concievable, complete with a soundtrack and copious background information, in the form of a imaginitive map of the genres, with everything from garage-rock to Depressive-suicidal Black metal, there is new knowledge on here for even the most experienced metalhead.

I cannot reccommend it enough.

Chris Poland has been around the block a few times. From being in Megadeth, to his jazz-fusion project "Ohm" His Unique guitar style has been part of many an album, in many a style.

"Return to Metalopolis" was one of Chris's Solo albums after his departure from Megadeth. It is supposedly a jazz-fusion album, although it's heaviness makes me want to Describe it as pure "Jazz-metal", and, in my opinion, this album is exactly what Jazz metal should sound like.

The Jazz/Metal combination which was evident in early Megadeth, is even more evident in this album, In tracks such as "Club Ded" Which combine smooth, mellowing jazz styles with metals speed, creating an oddly mellowing, but also heavy tune.

Poland's excellent solos are present throughout the album, with blistering, smooth and well executes solos in almost every song. This album is infinitely listenable, as it is heavy enough for most, but not too heavy, to the point where even non-metal listeners might greatly enjoy it in all it's underrated and little-known glory.


My only criticism of the album (and chris poland in general) is that the guitar sound is very smooth... almost too smooth. In some instances, the soul he puts into his playing is not very apparent. Also, the album is entirely instrumental, so, naturally, I don't reccomend it for people who like plenty of lyrics.

Modern Thrash has gone in a mixed veriety of directions, each of them sounding quite unlike old-style Thrash, or indeed each other.

Skeletonwitch are Black-metal Influenced thrash, typified by short songs, shrieked (and growled) Vocals, and technically adept playing styles. The black metal influence in their most recent album, "Breathing the Fire" is plain to see, in the vocal styles, and occurences of sinister tremolo picking. One thing is for certain, Skeletonwitch are a lot more than simply a modern thrash band.

"Breathing the Fire" seems to be Skeletonwitch's best album yet, with all the songs being fast paced, especially belters such as "Crushed beyond Dust" and "Longing for domination". However, the occasional accoustic moment is unexpectedly but not unwelcomely thrown in, for example at the end of "...And into the flame"

This album is very solid, and is without comprimise in good production, excellent songs, and artwork, which frankly, is worth the price of the album alone.


One of the few downsides I see to the album is the Length of the songs. Almost all of them are only 2-3 minutes in length, and often feel as if they are over before they have begun. This somewhat harms the catchiness, memorability and enjoyability of the songs, however, the songs are of sufficient quality to overcome this obstacle. 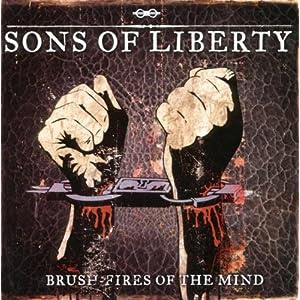 #003 Krystos - Walk Through the Inferno

Some bands take a while to catch your attention, with others, It's almost immediate. Krystos are certainly the latter. As yet unsigned (although I can't see why) Krystos have produced some of the best "Thrashiest" Power-Metal I have heard in a long time, with their self released debut on amazon in MP3 form, which I didn't hesitate to download. Now, I'm normally a CD's or nothing man, but I think it's a mark of the quality of the band that I felt that I simply had to download their music. 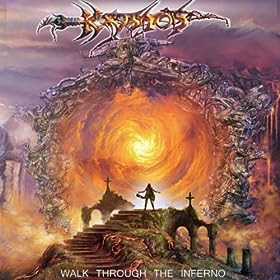 Imagine, If you will, Iced earth, the quintessential Thrash/Power-metal combination, and then add an extra helping of Thrashy. That is Krystos. Their sound has elements which can please Thrashers, Power metal lovers, and even those who like traditional metal.

A concept album about Dante's inferno, "Walk through the inferno" is excellent from start to finish. With the deep and evocative vocals, combined with tight playing, songs such as "Crimson River" are catchy, heavy, and enjoyable belters to listen to, with the larger 5-7 minute songs broken up by shorter songs, including the Instrumental "Sails of Acheron"

I have few criticisms for this band, and I'm not sure if I'm biased in this, perhaps they simply play into all the things a love about metal, and it's just me, but perhaps, they are really the next big thing. Only time will tell.

My only criticism whatsoever is the similarity to Iced earth, and trust me, if you listen to iced earth, you'll notice it. however, the band has easily enough uniquenesses to make it worth while. 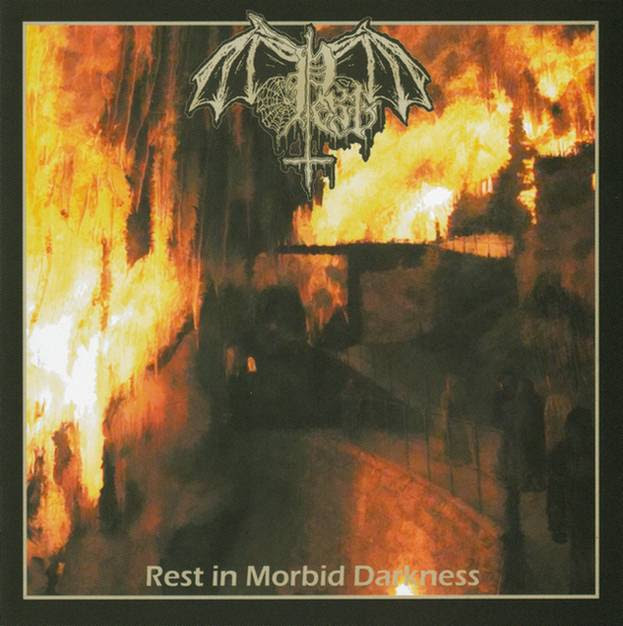 "Beyond belief" by Azure Agony is quite unlike any other metal band I have lent my ear to. The album is a fascinating mixture of Instrumental experimentation with Guitar, Bass, and Keyboards, which, backed up with solid drumming, create a bizzare but beautiful album, with an incredibly progressive, avant-garde style. 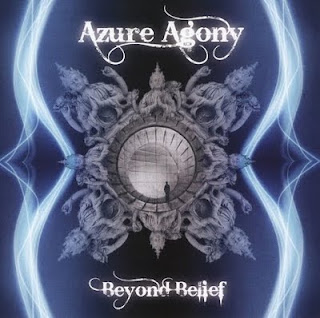 The album, I must say, was wonderfully varied. Beautiful, serene tracks such as "Across Elysian Fields" are complimented by tracks such as "Secret Gateway", on which, I freely admit, the keyboard work sent shivers down my spine.

Overall, I have little but praise for the album, with the instrumentation and production being excellent. My only criticisms are the structures of the songs, which I found hard to follow, and remember. I needed to listen to each song several times for it to sink into memory.

Although I enjoyed each and every song, I can appreciate that the Hefty length, often around the seven minute mark, could be a bit long for those who just want a quick dose of metal.

All these things considered, I'm going to give it a rating of 8/10.

Well, I've got to be honest, I've seen many, many Metal album review sites on the web, but despite the "Saturation" of such sites, How could I resist having a go myself.

I'd like to think that my taste in music is varied, and I might be able to bring some new bands into the spotlight. My intention is to review all of the albums I listen to, and to bring a little attention (As if this blog will get a large amount of it) some more obscure bands, and also some mainstream ones, depending on how my musical taste is going at the time.

If your taking the time to lead this, My thanks go to you. the idea that any of my musical ramblings are being viewed by others is still a notion which excites and enthralls me.