In the late nineties, when many believed thrash to be a dying genre, doomed forever to exist only in the underground, few bands had managed to stay true to thrash, with many selling out, developing a softer sound, or disappearing altogether. Testament were never one  the bands likely to take that path.

With great bravery, and to their eternal credit, they produced one of the heaviest, fastest, and best sounding records of their career, staying true to Thrash, in the face of emerging Nu-Metal, Metalcore, and the countless other genres which were encroaching into Metal's territory. "The Gathering" was that records name, and In my humble opinion, It is one of Testaments finest records to date, if not one of the finest records in metal as a whole. 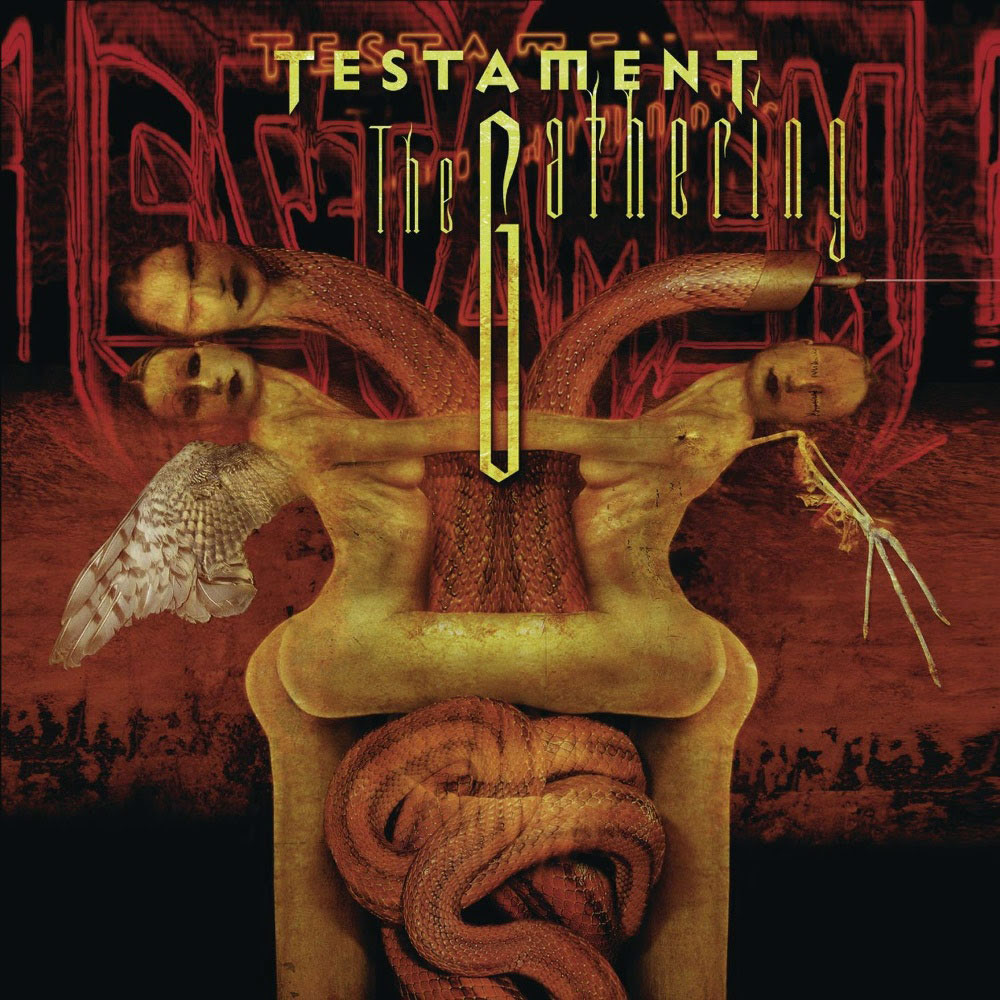 The album roars into being in a furious rush, with "D.N.R" one of Testament's most adrenaline releasing, heavy tracks, which would turn any mosh pit into something resembling a blender in seconds. The track takes off, and sustains itself at a colossal speed, with the thunderous drumming of none other than Dave Lombardo, of Slayer fame. Other tracks, such as the groove-filled "Careful What you Wish for" are slower, but their heaviness is not diminished in the slightest by the slower tempo.

A major strength of the album is the superb musicianship exhibited by each and every member of the band, From the godly drumming of Dave Lombardo, along with the prodigious guitar work of Eric Peterson and James Murphy. The bass, which, although overshadowed, is nonetheless superb, provided by Steve DiGiorgio, who would later go on to play in Iced earth. Chuck Billy, vocalist extraordinaire, provides what has become his trademark tuneful-roar, and, in places, growled vocals which would have Randy Blythe jealous.


Although not to everyone's taste, I find, personally, very few things to criticise about this record. It's definitely not in the style of Testament's earlier material, that is certain. The old and new may as well be two completely different bands, as they are incredibly different. However, this album suits Testament a lot better than their previous release "Demonic", which was a very death metal oriented album. This record is a happy medium, and it sounds fantastic.

This is my favourite Testament album, and I have helped show you why. 10/10