Black Rivers Flow has undoubtedly been my most anticipated album of 2011 so far, But I can immediately tell that it is going to mix opinions; It is not the pure Thrash of their first album, and it is going down a somewhat more mainstream road. The album is somewhere in the misty limbo between Thrash and Metalcore, the best way I can describe it is that Lazarus A.D have taken Metalcore, and subjected it to extensive medication to kill off most of the parts which many Metalheads find dislikable. What has resulted is a blend of Thrash, Groove metal, and a hint of Metalcore, which gives the album something of an identity-crisis. 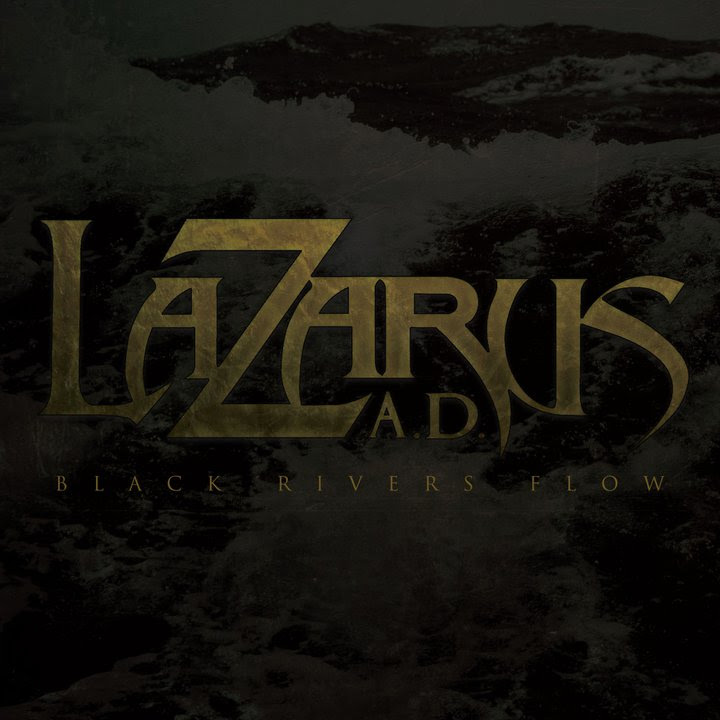 The songs on the album fall into two vague categories; The Thrash metal, and the Groove metal. Songs such as the swinging, relatively slow-paced "The Ultimate Sacrifice" fall neatly into the latter category, with a walk-like Groove-metal vibe, which is one of the closest songs to what I regard as "Groove metal" that isn't played by Pantera themselves.

Thrashier songs, such as "American Dreams" exhibit the bands second-to-few ability to play very tightly at high speed, as well as showcasing the new, more catchy... far more catchy edge which Lazarus A.D have picked up since their last album. The choruses, making use of new, more melodic vocal styles, have become especially catchy, which is a good thing, choruses are horribly neglected among many of the newer thrash bands, but this band are bringing them back with full-power, fist-pumping catchiness, and they cannot fail to bring forth the urge to sing along. They even have about a minute of ballad on one track.

Of course, this album is going to have its fair share of criticisms. Lazarus A.D have changed one heck of a lot since their first release, and not everyone is going to appreciate that. While the first album was an unrelenting Thrash, this release is more melodic, mainstream, and diverse, in places bordering on being Metalcore, which is unlikely to please some of the more purist fans. Some may go as far as saying that the band have sold out, although, in my belief, this is not the case. Lazarus A.D's latest is as good as it's predecessor.

I give this 9/10. I was not disappointed, although the potential for disappointment is definitely there for some.