Holy Grail formed in 2008, chiefly composed of members who had left the band "White Wizzard", which, despite being a young band, Jon Leon goes through band members with great rapidity. "Crisis in Utopia" is Holy Grail's first full length album, and an excellent entry into the world of Metal.

Traditional Metal is essentially what it says on the tin - Metal which sounds like it belongs in the British early-eighties, however, bands like White Wizzard and Holy Grail are bringing the genre back into the spotlight, on the west coast of the US. Holy Grails debut epitomises how diverse and interesting the genre can be. 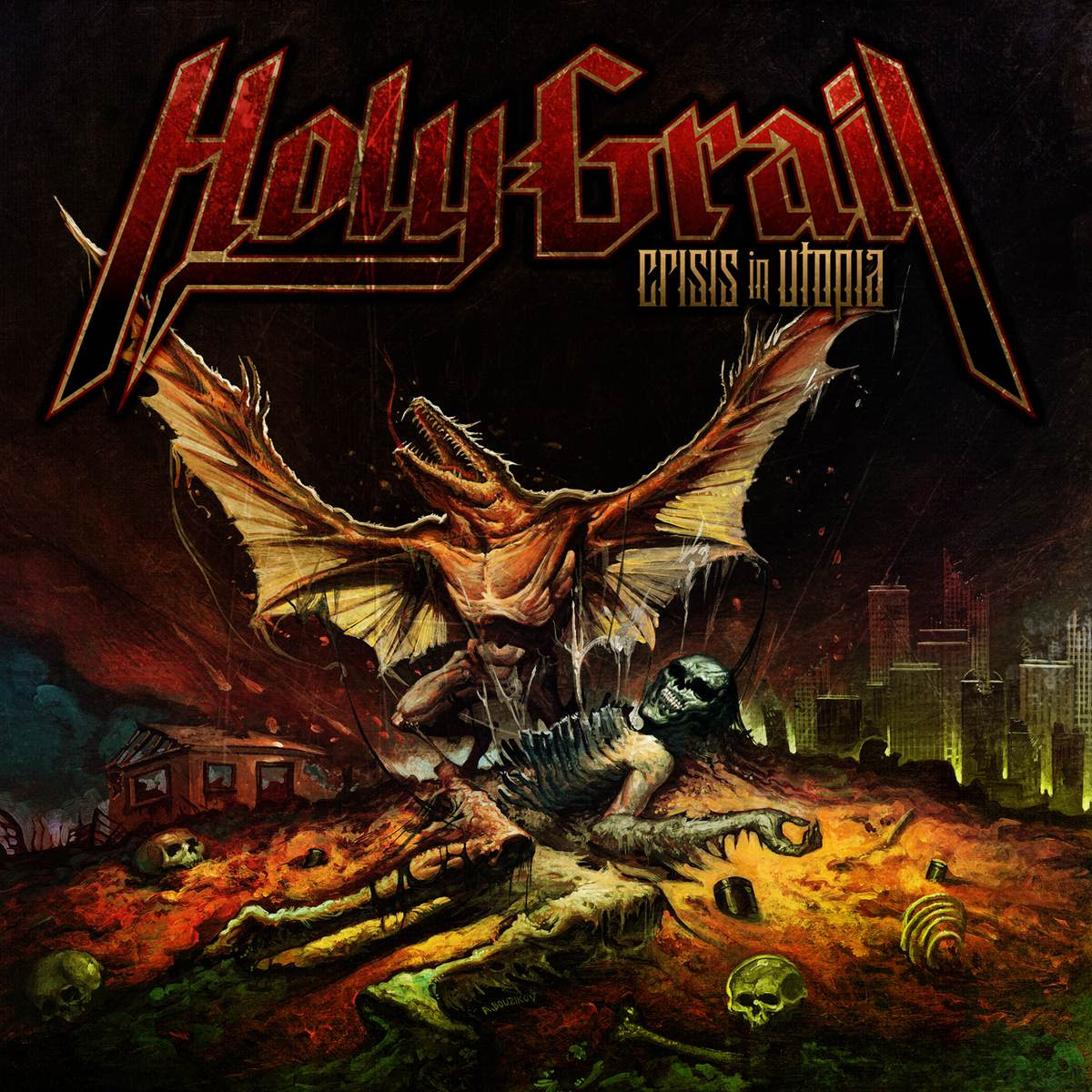 Unlike the tight, but somewhat unoriginal playing of White Wizzard, Holy Grail have gotten quite a unique sound, which seems to blend Traditional-Metal with some Thrashy influences, which results in a powerful, heavy, but traditionalist sound. James Paul Luna's vocals are exceptional, controlled and tuneful, however he throws the occasional growl into the mix, which adds a little variety to the vocals sound. This, combined with excellent lead work, and solid musicianship elsewhere, creates a pleasing sound, akin to Avenged Sevenfold crossed with Iced Earth.

Songs like "Call of Valhalla" showcase the bands style, combining catchy traditional aspects, with a double-kick toting, pulsing, heavy influence, although the song is doubtless leaning on the traditional side of things. On the other hand, songs such as "Crisis in Utopia" contain a more Lead-guitar intensive, heavier style. There are even some very competent growled-vocals, which on paper, sounds offputting, but the band manage to make the growls sophisticated and fitting with their refined style.


This is an excellent album, especially for one which is essentially a debut, and the band itself seems very overrated. The band push the boundaries of Traditional metal, and can fit in neatly anywhere between Thrash and Metalcore. This could potentially lead to criticism from anyone whose a bit of a genre purist, as Holy Grail transcend many of the boundaries.

I give this album 7/10. I expect great things from this band.