Good afternoon, and welcome to the second ever Heavy Metal Spotlight Metal Marathon! The weather outside is warm, benign and generally idyllic. The sun seeps down, gently onto the warm pavement, and the plants grow green and prosperous. Perhaps a little too idyllic, in fact. But oh? What's that noise? It sounds like the end of the world, the sound of a billion souls being drowned in the tangible corruption of man. Could it be... Anaal Nathrakh? The antidote to all of this loveliness,  the fine work of Mick Kennedy and Dave Hunt, who create music which, on the sunniest of days, never fails to remind us that we're all a bunch of bastards, leaving only a sad, melting ice cream, mixing with the all too human grit of the pavement to remind us that things were, for a brief moment, comfortable. If you want a picture of the next eight records I'm going to listen to, imagine a boot stamping on that ice cream forever. 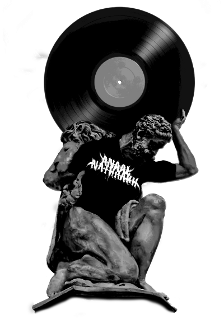 The first time you hear Anaal Nathrakh, you're struck by the fact that there's really no other band quite like them; their work has a character which feels very unique in the metal world, and has yet to be truly copied with any great success; the sheer diversity of influences which the band take on board, then alchemically regurgitate as a hideous but at the same time atmospheric and at times even beautiful concoction is always impressive indeed. In other words, easily reason enough to listen to all of their albums in a row. Just now. 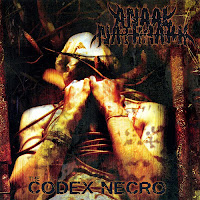 The Codex Necro, like every single album to come after is, is something of an unrelenting sonic mauling; it's the musical equivalent of an alien race, disgusted by humanity, sending down a giant cybernetic Nietzsche to crush us, followed by a swift orbital bombardment. The Codex Necro isn't an album which proves itself with speed, but instead relies on it's sheer bleakness and black-metal leanings, perhaps the most pronounced of the bands discography, to create a scathing portrait. Some of the most crushing sections, in fact, are the more mid-paced ones, the "fucking hell" moments, something which all of the band's work possess, are certainly at their most scathing and grim in this record. 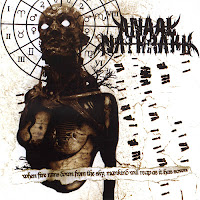 For the sake of my keyboard, I'll only write the lengthy title once; "When Fire Rains Down from the Sky, Mankind Will Reap as It Has Sown" is an EP which really sets the scene with its name; more apocalyptic, atmospheric destruction in a variety of tempos. The guitar tone is a little less raw, and perhaps a little dryer than The Codex Necro, giving the record a more dessicated feel; sort of as if one had only eaten half of the previous record and then left it in the cupboard for a little while. The EP feels a little bit faster paced and you can see hints of the more "classic" Anaal Nathrakh recipe coming into place - the vocal diversity, bolstered by Attilla Csihar's guest appearance, is particularly present. 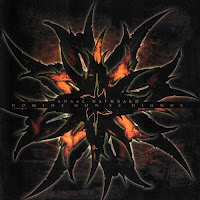 Domine Non Es Dignus is one of the albums in the band's discography which feels distinctly transitional; an interesting hybrid of the raw, black-metal beginnings, with more than a few hints of the shape of things to come, especially foreshadowed by the occasional lofty, clean chorus, which has been something of a staple since perhaps Hell is empty... onwards. The album also keeps to a somewhat higher tempo than those previous to it, and begins to experiment with breakdowns and various other more grindcore orientated elements. While perhaps the record sits on a slightly awkward fence stylistically, I nonetheless find it a highly enjoyable one, representing Anaal Nathrakh at it's most turbulent. 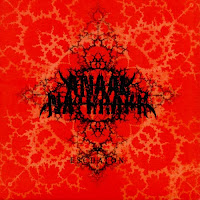 There's really no widely agreed "classic" Anaal Nathrakh era, but for my money, it starts with this album; Eschaton. The tempo and overall grinding swagger of the formula is certainly turned up to eleven, and for the most part has stayed there since, but don't be fooled, Eschaton is every bit as dripping with darkness and cynicism as anything the band had created previously. It was this album which really brought the massive choruses - among my favourite things that Anaal Nathrakh do, to the front, with both beautiful and terrifying clean vocals and frequently profound lyrical content; What once was holiest has bled to death under our knives - who will wipe this blood off us? 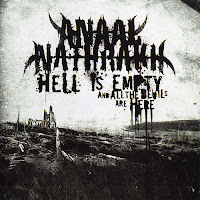 Probably still my favourite Anaal Nathrakh album, Hell is Empty and All the Devils are Here takes what was good about Eschaton, refines it, arms it, paints it grey, and sends it to war. Tracks like "The Final Absolution" perfectly illustrate what, for me, is the optimal blend of crushing, powerful riff work with epic and eerie choruses, which descend again and again into the familiar maniacal, unearthly shrieking between. One the other hand, tracks like Lama Sabachtani show that the band don't use clean vocals as a crutch, and never have, instead turning the hostility and ferocity up as far as it can be pushed, creating a true leviathan of black-metal grindcore madness. 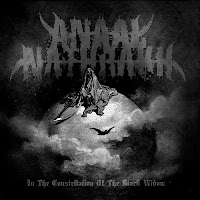 Of all of the bands albums, In the Constellation of the Black Widow is perhaps the most intense; the tempo is, for the most part, utterly unrelenting, and the vicious, spiky atmosphere fuelled by a hefty amount of agile guitar work really envelopes the listener with it's barbs; the album feels like an apex of insanity and intensity, but also harbours a lot of the stand-out melody of the bands career. While rapid fire and poisonous in character, there are certainly shining moments of beauty; the instrumentation and production on the record create an extraordinarily lush atmosphere for the listener's ears to explore. This the first Anaal Nathrakh album I listened to, and one which made a fantastic first impression indeed. 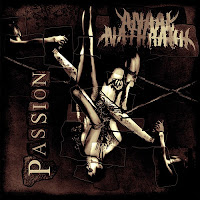 There seems to be a persuasion among Anaal Nathrakh fans that this album is something of the weak link in the chain. Nonetheless it's an album which I enjoy, no doubt about that, but there are a few points I can agree with; Passion is quite a polite and tidy compared to the few previous to it; a little bit too neat and simplified, in some places, spread a bit more thinly than the thick atmosphere of In The Constellation... This aside, however, there is quite a lot to enjoy about passion, even considering it's mild flirtations with deathcore and the occasional sugar-coated track; ultimately, tracks like "Drug Fucking Abomination" successfully make the rapid-fire appeal of the band stretch to seven minutes. 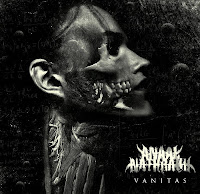 As enjoyable as Passion was, there's no doubt whatsoever that Vanitas is a step up in quality - a comeback, if you will. The top notch production job really brings the cacophanous depth and hungry, world-devouring guitar tone to the fore, and the result is probably the Anaal Nathrakh albums with the sharpest teeth and heaviest songs in quite some time; balancing it out, however, Vanitas has a likewise solid atmosphere, both in terms of eerieness, and the by now accustomed fantastic choruses, stepped up in terms of grit and passion, no pun intended, despite being more utilised in Passion, the choruses on this one are much more wholesome and heartfelt.

So, once again, we have reached the end of a metal marathon; compared to the first one, where I took two sessions to make it through all of Darkthrone's material, this journey has been altogether more brief, but nonetheless, it's been one hell of a journey, through what could well be one of the most intense bands active in metal today. If you've read this far, and shared my journey, I thank you; and if you've not checked out Anaal Nathrakh before, and want to, I hope I've painted something of a picture for you to use as reference.

That, and if you ever see them live, enjoy the fun post-gig activity of finding parts of yourself which have been scattered tastefully around the venue.