As it nears the end of the month, I tend to look back at what I've reviewed over the weeks, and decide what genres I've been neglecting, above any of my usual biases. This month, there doesn't seem to have been as much black-metal present as I would have liked there to be. To rectify this, I've decided that this, probably the last review for February, is going to be a look at one of my more recent discoveries in the genre - Darkspace, makers of cosmic symphonic black metal. Namely, I'm listening to their third album, Dark space III. 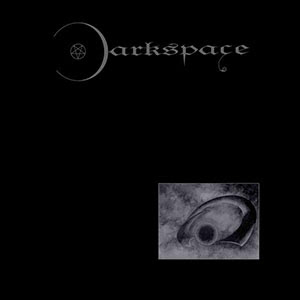 I'm a big fan of music which captures the spirit of the cosmos, the universe and of space in general - My review of Ixion, earlier this year probably put-across that impression fairly thoroughly. While Ixion played doom-metal, Darkspace play black-metal, and one only has to notice that Dark space III has a running time of over 79 minutes to come to the conclusion that it's ambitious black-metal on a vast, you might say cosmic scale. In a word, the album is immersive. Keyboards are used extensively throughout the songs, weaving a vast and eye-opening atmosphere - the scintillating hue of the cosmos, of nebulae and the glowing light of stars , with the blazing intensity which black-metal can often create, brought right to the listeners fingertips as they listen. It's not the kind of album which allows you to treat it as background music - even while writing this review, the music slowly rises through to the tip of my concious and demands to be listened to properly, which leads me on to an observation; the album has a lot going on in it, even for it's length. The songs manage to find an interesting mid-ground between being pleasantly hypnotic and dynamic, and one which is very enjoyable to listen to. On one hand, similar guitar work can be occurring for large-fractions of minutes at a time, but this is juxtaposed with the intricacy with which a lot of the music is composed - there is not a single hint of lazy composition through the record, and even when a superficially similar section has been hypnotising the listener for a while, the subtle changes lying just beneath the surface cause it to remain fresh, as the music slowly transforms.

Likewise, there is a noteworthy level of variation in the musical-leanings - suffice to say, the album is far more than a collection of synth-augmented tremolos - it's a varied and multi-influence-inspired journey, with everything from chunky, energetic riffs right through to doom-like sections which have a gorgeous slow-motion intensity, perhaps appropriately, like spinning in zero-gravity, in the vastness of space. There's an interesting meeting of the scathing tone, as raw as that of conventional black-metal, meeting with the superb richness of the bands atmosphere, both in the form of synth and the bright, reverb-laden lead-guitar tone. The overall tone of the album, in fact, does a great job of reconciling the rawness and richness of what the black-metal sound can accomplish when well-thought-out, which I can safely say that "well thought out" is something which the album seems to be. It's the sort of album which, despite the songs mainly being in excess of eleven-minutes, you don't often feel like you are impatiently waiting for the next song, but instead, speaking for myself, I was infinitely satisfied to watch the music as it occurred - there's a certain liminality to Dark space III, which I think takes it to the high-ranks of atmospheric metal in general - the album begins, the album ends - and what happens in between manages to be very profound, introspective and exciting. The album is beautiful, certainly, but it also enveloped me as a listener, leaving me in a place which feels a little apart from the place I go when I listen to your average album, in a good way - then again, this isn't an average album.


As I said, I love music which conjures up the cosmos, and indeed, I've enjoyed atmospheric black-metal for a long time - combine the two, and you can consider me hooked immediately, and that's what I am. Dark Space III is among the best black metal albums I've listened to this month, and as a band, I expect Darkspace will be among my favourite discoveries of 2013. Based on how much music I can't wait to get around to listening to, that's a hotly contested place.