It took me a long time to decide what to review today. I say decide - I couldn't think of anything to review. Eventually, I remembered Antichrist, a relatively new thrash band from Sweden, who I've been meaning to have a look at for quite some time, and while I worry that I review far too much thrash-metal and black-metal, I can't really think of any other bands to review. That and the fact that Antichrist are rather good. 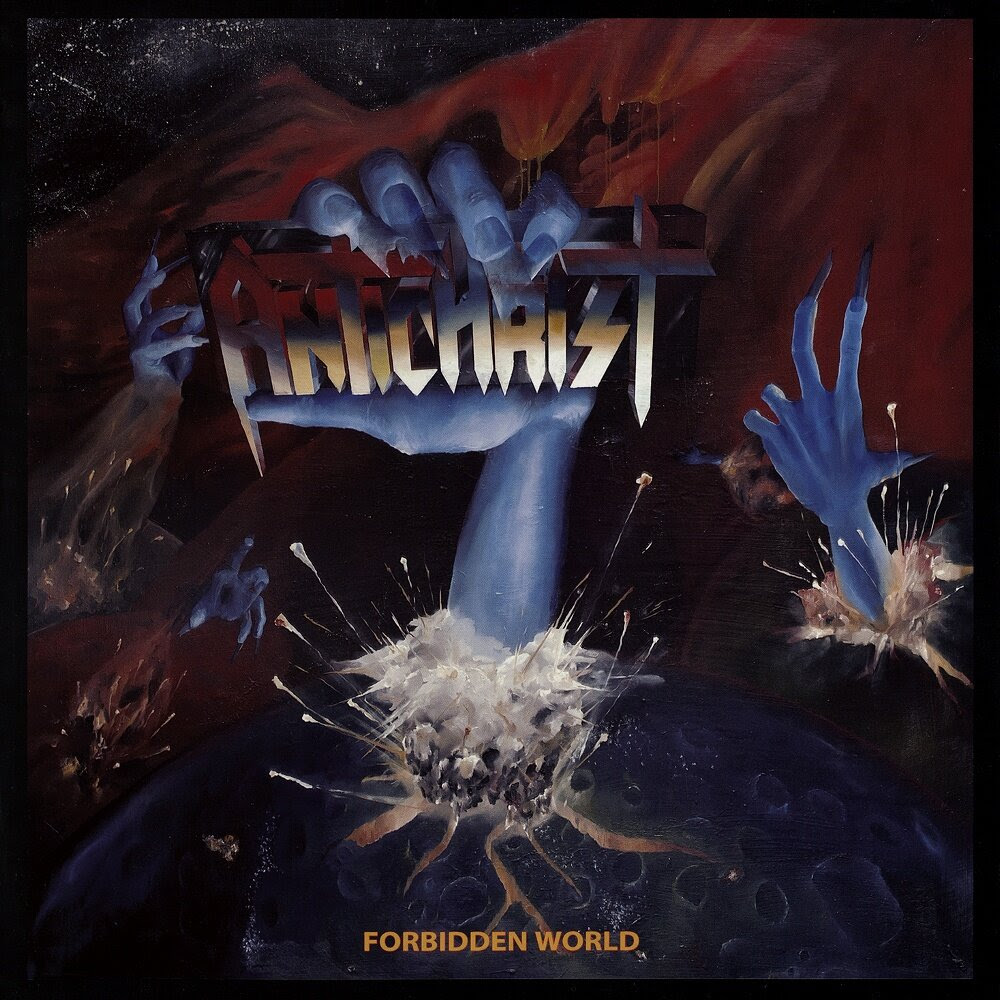 There's a lot of new thrash out there at the moment, and when a genre undergoes such a resurgence, it's always a given that there is a certain amount of filler, mundanity and unoriginal sounds among the bands participating. Antichrist haven't done any of those things - In fact, what they've created is quite distinct and certainly manages to blend the enjoyable, tried and tested old with the interesting new. The band's sound would fit nicely into 80's thrash,  had they been around, and would have been a unique sound then. As it happens, the band weren't around in the 80's, but their sound is still quite distinct now. What the band make is a fast brand of thrash metal which hints upon black-thrash on many occasions. The band sound somewhere between Exodus and Slayer, but potentially beating both in terms of sheer technical song-writing - often with blistering solos and riffs which rip past at machine-gun speed, combined with rabid, wrathful vocals with a slight black-metal-meets-Paul-Baloff edge to them. Everything, essentially, which makes thrash what it is. The band aren't afraid to be diverse though, with a proportion of slower-tempo material which makes the listen more compelling, and the bands sound less prescribed and more likely to draw the listener in - there's no question that it's an album which you want to listen to.

The band often manage to be technically competent to the point of being somewhat scary - Not quite, perhaps, as outrageously mind-blowing in that department as bands like Vektor, but not far behind, and indeed wielding these technical abilities in tandem with an old school sound, which you really get the impression that they could take somewhere new. The speed of a lot of it is impressive in it's own right, but what the band manage to cram-into the songs without having to reduce the tempo is more impressive still, and the whole album is one hell of a roller-coaster ride. There's not much more to say, really - This is an album so solid that I have to write the word solid in italics. Not only is the music fresher than the re-hashed, generic thrash which so many bands are pumping out, but it manages to still hold a real old-school feeling without losing said freshness, and is faster in many places, and more atmospheric in others ("Minotaur" for instance, is positively epic-sounding) than just about anything I've heard from many other thrash-revival bands.