Once in a while, something which really pushes the boundaries comes along. Plenty of the bands I've listened to in life are "interesting", but it seems that Black Breath are a little beyond that. The bands mixture of death, thrash, crust, crossover and plenty of other stuff as well is altogether ensnaring to my ears. "Sentenced to Life" is still a newborn album, but is already being acclaimed by plenty of people, and judging by what I've heard through the speakers so far, so it should be. 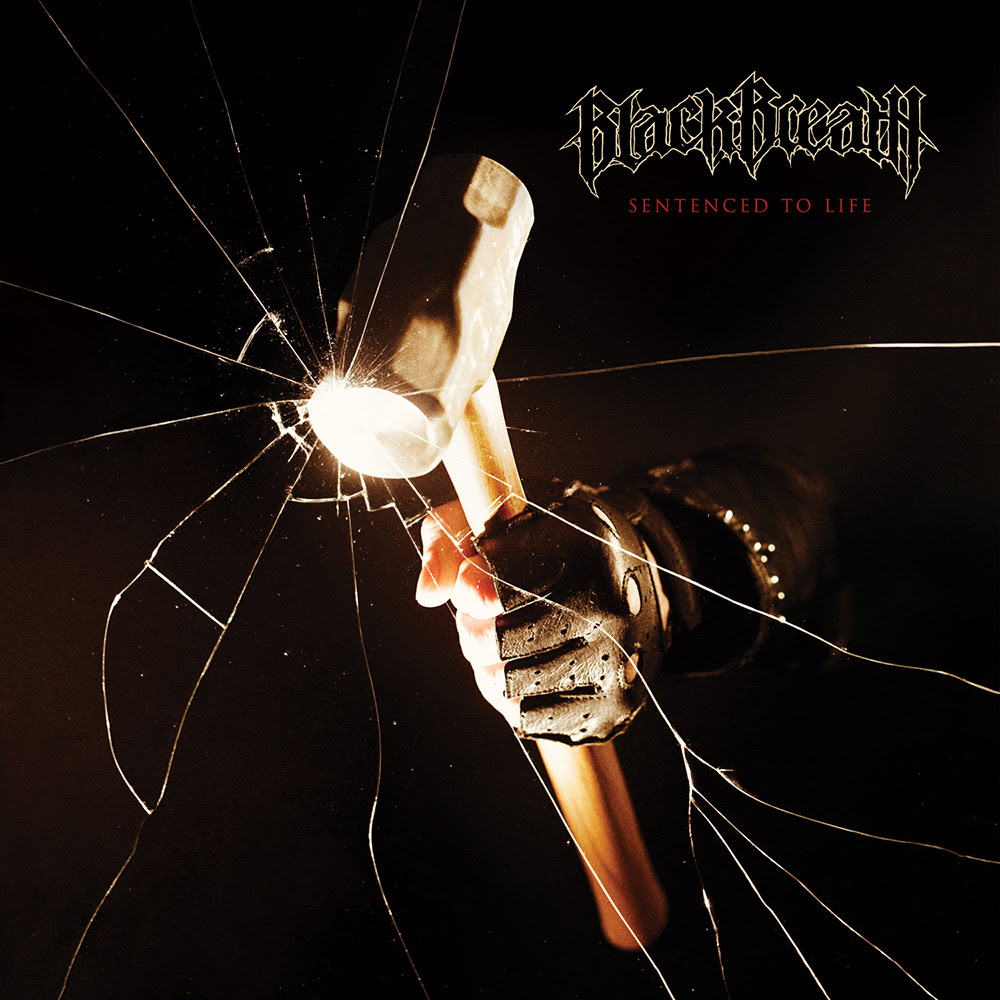 "Crushing" immediately comes to mind from just about the moment the first song kicks in. The riffs are immense, made even stronger by an absolutely gigantic, satanically-possessed-buzzsaw guitar-tone which sounds like something between Hail of Bullets and a diesel locomotive. Beneath the guitar is a nicely audible bass which gives the song a very crisp, almost diabolical-sounding murkiness. In addition to crushing, the songs, without exception, are truly unrelenting, with the heavily crust/crossover influenced vocals pounding the song into a rhythmic and rabid hurricane with their almost percussive aggression and structure. I don't usually intentionally swear much in my reviews, but sometimes it's utterly necessary; Black Breath, in this album, take the listener and give them a fucking maelstrom of headbanging fury. It's not all about crushing riffs and vocal lines, however - there are some genuinely good solos and lead-parts, in a pretty good ratio to the monster-riffing. The band manage to demonstrate that they're technical quite proficiently, but more importantly, also sound good doing so.

I tend to find, perhaps through some incompetence of my listening-ability, that I usually make a divide between bands which make me appreciate their energy and speed, and bands which have a powerful atmosphere. Black Breath seem to do both. While being bone-crunching in all of the right ways, the band also sound dark, occult and altogether evil. The churning, ominous murkiness present throughout their album, along with sinister leads, and even sinister riffs and solos, really hammers home (pardon the artwork related pun) the blend of atmosphere and brutality which seems to have, and rightly so, attracted the attention of a lot of fans. It takes a good album to make me feel genuinely excited, and this one has done so. I throw around the phrase "unique" more than I strictly should, but I'm pretty certain I can get away with it here - What Black Breath are, and what they have conjured in this album, really is unique. It may be only about thirty-three minutes long, the songs may be short and swift, but this album packs the most punch of any album I've heard this year. Like Anaal Nathrakh but a little bit sedated. In a very, very good way.


I'm not sure what else to say. When I post reviews, I don't tend to urge people to listen to the bands in question. This time... do it. I cannot conceive of a reason, if you enjoy extreme metal, not to enjoy Black Breath. This might well end up being one of my favourite albums this year.