When it comes to folk metal, I generally listen to the kind which is laced with black-metal, or something of that persuasion. However, the opening song of Korpiklaani's "Karkelo" album - "Vodka" came on the other day, and I realised that I've never really given much attention to the band, and to bands of that style. Lamentably ignorant as I am to Finnish folk-culture, I can certainly feel and enjoy the music. 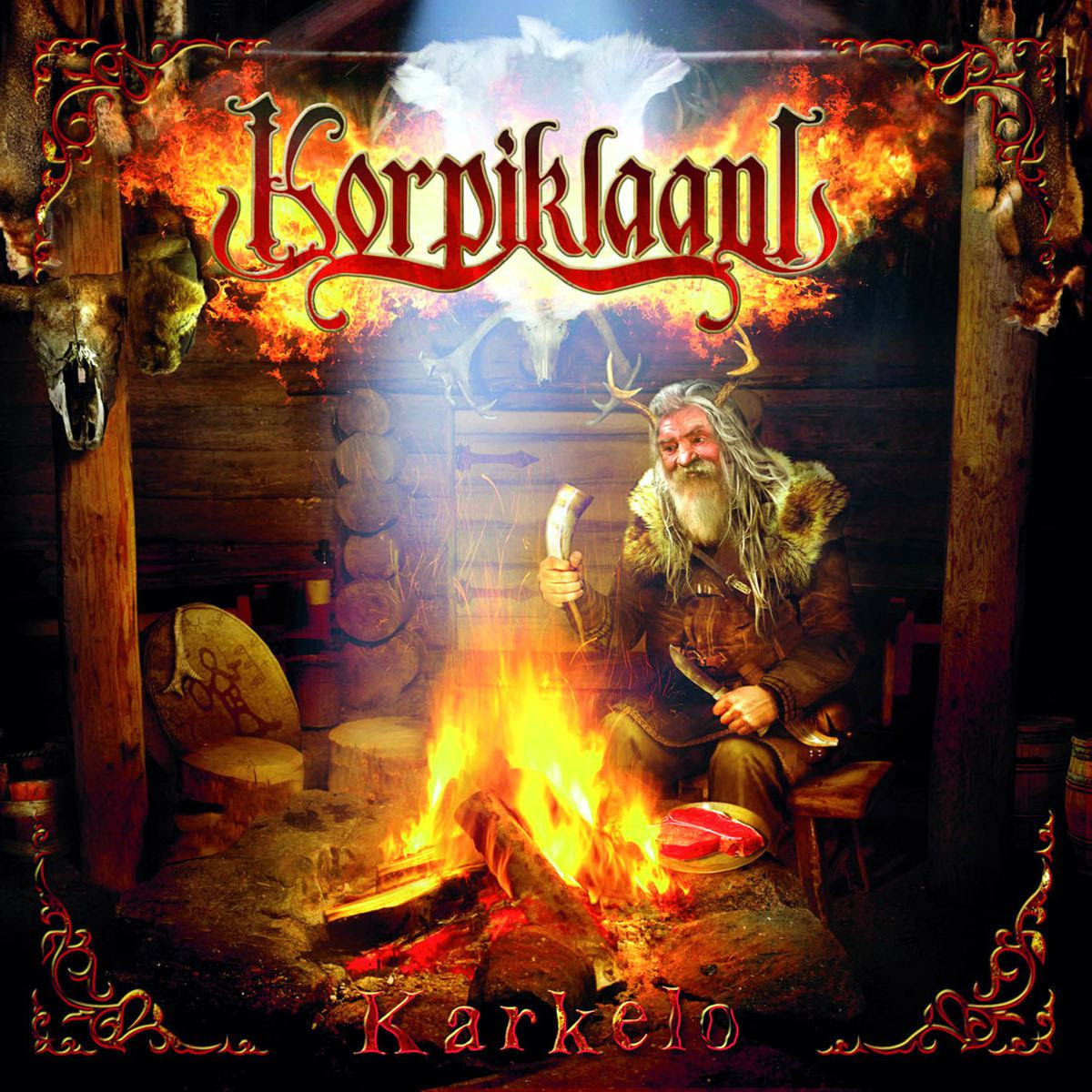 I generally assumed, probably based on songs like the aforementioned "Vodka" that Korpiklaani went down a road much akin to Alestorm, dispersing a lot of humour within their music. Upon actually examining an album, as far as I can tell, not speaking Finnish, the majority of the songs seem vaguely serious. They're upbeat, undeniably, but don't seem to be limited to humorous themes, and manage to have a sense of epicness along with their cheerful energy. It always confuses me when people have a problem with folk-metal seeming to be "party-music", when folk itself has always possessed this kind of  attribute, in so many instances, and as such, folk-metal isn't really "belittling" folk music. But I digress. It does seem a little odd to me that a largely serious album would be scattered with cheesy, humorous drinking songs, but neither does it feel unwelcome - through the course of my listen, I definitely enjoyed both, and while I find that folk metal of this style feels a little too "clean" in terms of production to carry deep emotions, I definitely felt plenty of emotional puppet-strings being pulled by the songs.

The folk and non-folk elements in the music are very discrete from one another, with the metal parts seemingly not going very far to sound very folk-like in their own right, instead sounding akin to power-metal, with the folk-sound chucked in on top, in the form of the folk instruments, which interract with the Guitar and drums variably well from song to song. "Vodka" for instance, blends the two quite well, while on others it sounds a little odd, or atleast, less effective. Trying to listen to it and aim your ear at the folk seems less rewarding, a few songs aside, than simply listening to it as if it was power-metal, enjoying the songs for what they are, and not for the relative "novelty" of the folk to the ears. Perhaps I'm wrong to assume that there is such a thing as more than one "way" to listen to things, but I certainly found myself appreciating the music more. When the folk sits well with the song, it's damn pleasing, though, and I'm glad that the mix was just-right occasionally.


An interesting, and fairly arbitrary album to have come to my mind, I must confess, but Karkelo is also an album that I've discovered that I enjoy to more of an extent than I perhaps imagined. I'm glad that I'm able to enjoy the fun songs as well as the more down-to-earth ones, and both are quite well done, in places, and while the metal-elements seem to clash a little with the folk, it's still a good listen.