#119 Anaal Nathrakh - In The Constellation of the Black Widow

Anaal Nathrakh have a reputation for being popularly accepted as one of the heaviest extreme-metal bands to be known to more people than simply a single person in a far-flung bedroom. I've leant my ear to a couple of songs in the past, and decided that it was very probably time to listen to a full album, to get a more earnest impression of the band. It turns out, as I had expected, that the bands general style in general is as rabid, brutal and quirky as the first song I listened to; "More Fire than Blood" 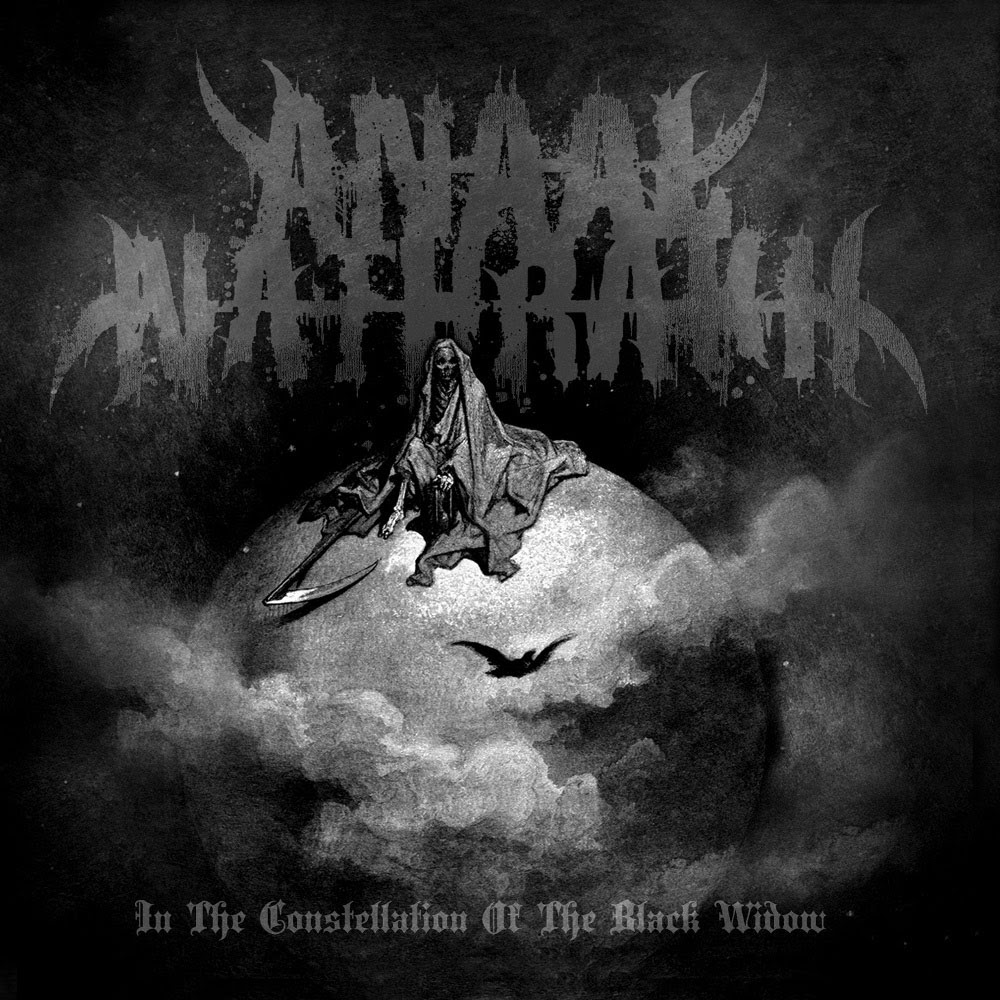 It's safe to say that the band combine black-metal with grindcore very effectively, and certainly make the most of both styles, but there is undeniably a lot more going on in the bands sound than merely that - The vocals are ridiculously diverse, with unrefined screaming, screeching, roaring, and the occasional clean-vocal, done in the recognisable black-metal "almost operatic but not quite" way. In many places the vocals are many-layered, and altered well beyond the human voices capability with effects. The vocals, through this, are rendered a true, multi-directional onslaught, as opposed to a single voice, and a lot of the rest of the music reflects this, with unabashed usage of plenty of alteration which detract from the raw aesthetic of black-metal, but create a pleasingly unpredictable monstrosity, with plenty of originality. The programmed drums used add some essential tightness to the mix. Unexpectedly, I must admit, I did find that the band had a human drummer live. Having to replicate the relentlessly pounding drums on the studio work, no doubt successfully, is a testament to his talents. Oddly, for someone who usually stands against drum programming, I found that the sterility of the drums actually added to the bands sound on this album, with the bleak and dark atmosphere complemented by them.

the grindcore side of things is reflected in the breakneck speed and briefness of many of the songs, but unlike a lot of the grindcore I've listened to, Anaal Nathrakh's material sticks in my head very well. A lot of the songs have very well placed choruses, which lower the tempo a little, and are often the time at which the clean vocals are introduced. The choruses from "More Fire than Blood" and "So Be It" are good examples of how the band produce choruses of gargantuan memorability. Atmosphere permeates these, and indeed the whole songs. Crazed, beautiful and at times melancholy, the atmosphere is conjured with a mixture of raw musicianship, and a veritable ton of fuck-knows what else. All of this insanity is encapsulated nicely by the production, which is tight, and fits happily at "adequate", as opposed to going too far. Needless to say, it manages to represent everything quite nicely, as opposed to losing bits of the mix in a tempest of low-fi.


Combining all of the elements held within their colossally bleak, savage sound has definitely been a rewarding activity, and the excitement that I felt at the album was most enjoyable - something I've not quite felt since I was first getting into black-metal, and it felt like the heaviest thing in the world. Needless to say, Anaal Nathrakh are a band which will make their way into my regular listening.