#175 Dawnbringer - Into the Lair of the Sun God

Dawnbringer is a traditional-metal ship formed in 1995, crewed by, among others, Matt Johnsen and Chris Black, both of whom are also at the helm of power-metal crusaders Pharaoh. Dawnbringer is, however, the older band, and I feel I very much should check them out at some point. That point is now, and I can safely say that the band is a truly interesting specimen. 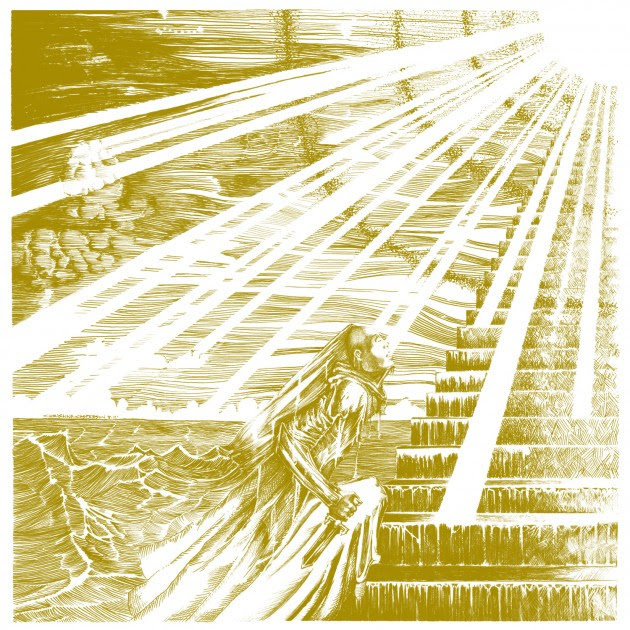 It immediately came across that Pharaoh and Dawnbringer do share a number of musical traits, but after some superficial similarities, they are certainly very different animals to one another. Dawnbringer is darker, and often rougher, albeit possessing the virtuosic edge, and a similar guitar style to Pharaoh, which isn't surprising considering that they share a guitarist. Chris Black's vocals are rough, but charmingly so - tuneful despite their harshness, and all things considered, quite unique, which is something which can, for that matter, be said about the band in general. The combination of black-metal influences with traditional metal is something which plenty of bands have tried their hand at, but Dawnbringer certainly have a very unique take on the idea, with the predominantly traditional songs being augmented here and there by little nods to black-metal, many of which I'm sure I failed to pick up upon (but nonetheless appreciated), a indication, perhaps, of the great intricacy with which the styles are blended into one. The black metal parts are certainly cleverly inserted, and are seldom in-your-face overt, aside from the occasional song, but made all the more effective for their sparing use. The music isn't so much blackened traditional metal, but it contains a few select cuts of the style.

The album is at times quite difficult to measure - the lack of track titles (they're all given Roman numerals, as opposed to names) makes the whole album a bit inscrutable, especially with regards to what-goes-where, however, it has the plus-side of making the listener take the songs entirely at face value, and definitely makes them somewhat more enveloping, especially considering that the albums face value is rather high. The album feels very whole and complete, and flows very well, carrying the albums combined atmosphere and raw aesthetic along nicely. The sound the band create really is somewhat unique, and certainly unlike anything I've heard before, albeit with the pleasing familiarities, and indeed the memorable nature of traditional metal. There are dark, crushing moments, epic, slower-paces sections of deep beauty, and very traditional sections, sometimes with an almost rock n' roll edge to them - what's most impressive however, is that the band manage to roll such a diverse range of styles into one, very cohesive and well-constructed album, as opposed to sounding like a circus.

If there's one thing which this album demonstrates, above and beyond the fact that it's a solid album in and of itself, it's that heavy metal is a lot like Lego; it can be infinitely combined into new things, and with a bit of thinking-outside-the-box, all sorts of things can happen.