Talking of collaberations with Lou Reed in my last review would seem to have been rather prophetic - The whole of Metallica and Lou Reed's album is now available to stream online, it what appears to be it's entierity. Having not recieved much praise at all, I was curious to examine the album in it's complete state, and not in the form of tracks. Here are my findings: 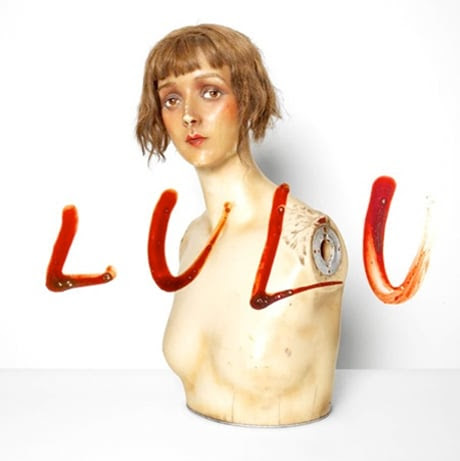 I don't mind Lou Reed, and I'm partial to a bit of Metallica, once in a while - and I'm pretty certain that both are fairly good alone. But like a chocolate and bacon sandwich, the two just don't seem to come together in a way quite as fantastic as supposed, or indeed stated. One thing I can't criticise, yet, is the guitar-work. Apparently, Metallica plays in the style of the Load and Reload albums, which were, to me, most enjoyable, albeit without the interesting blues edges - this album sounds almost like sludge-metal, with a deep low-end, and a heavy, thick feel, with some cool sounding, and the album would sound pretty nice as an instrumental album. There are glimmers of stylistic hope, too - Tracks like "Mistress Dread" start out very promising, in an almost oldschool thrashy style, albeit with a strange constant tone behind it, and the horrible realisation that it sounds exactly like parts of "Disposable Heroes". Sadly, the instruments are the only thing I can proclaim to have enjoyed through the listen. Lou Reed was never the most conventional vocalist, but at least in his previous material, his disorganised, talking approach fitted quite well. In this, it sounds like someone has taken samples of Granpa from The Simpsons ranting, and superimposed them over the music.

The album sounds quite disorganised too - there aren't a great many catchy choruses, and the ones which are are delivered by James, not Lou. A lot of the songs sound quite rough, as if they were done for something similar to Garage Inc, as opposed to a shiny new album. I am, however, interested to hear Metallica doing something different, and a lot of the songs have elements not before included in much of their sound; some have epic elements, synth, and interesting (but not neccessarily enjoyable) twists. I get the impression, however, that the album could have been a lot better, one of the major contributions to it's weakness being Lou Reed. Some of the moments are truly cringeworthy, but others are a little rewarding, and it's definitely not an utterly terrible record.


There are many albums that have left me a little dissappointed, but not many of even those get a particularly low rating - in fact, I often think I might be too generous with my ratings. Loutallica certainly isn't dire, but it's not great. Listening to the album is certainly worth trying once... but they say that about bondage.