#037 Orphaned Land - The Neverending way of the Orwarrior

Orphaned land are one of the middle-east's best known bands, and are among the few who have truly broken through and had success in Europe and the USA. The Neverending way is their most recent studio albums, and, much like the albums title itself, it is immensely long, interesting, and unique, with a healthy collection of middle-eastern influences, beautiful dual-vocals, and a progressive edge to rival any European or American band. 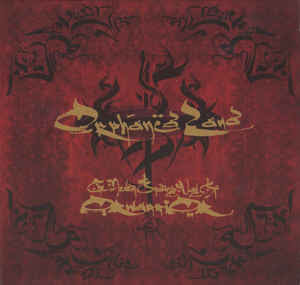 By anyones standards, this album has a lot going on, in every musical aspect. This, it would seem, is one of it's major strengths, as the music is so varied. The album has brutal death-growls, melodic dual-vocals, Heavy thrashy riffs, fantastic lead-guitar work, and more middle-eastern folk instruments than you can shake a stick at, which makes for an album which is like a fruit bowl brimming with vibrant variety. The folk instruments, especially, fuse elegantly with the metal element to create some of the most unbelievably beautiful and badass bridge-sections and interludes I have ever heard, along with fantastic soft parts to songs, which blend not only excellent acoustic guitar, but also acoustic pretty-much-everything-else, creating an amazing middle-eastern sound.

As the huge-complexity and skilled musicianship suggests, the bands technical abilities are well above average. Throughout the album, even through the most elaborate parts, the work on all instruments, including vocals, was top notch, without a single sloppily placed note or drum beat. The whole album has a complete, and consistent feel, with no "out of place" songs, or uncharacteristic material, and yet, the band also manage to avoid the songs running into one-another, which is extremely skilled, especially considering the sheer length of the album, juxtaposed with the consistency, each track still manages to be unique in it's own right.


The sheer complexity makes the band quite difficult to get into, and many of the songs take many, many listens to get into properly, with many of the songs being long, and all of them being very intricate, with the exception of "Sapari" which is quite straight-forward, making for the punchy opening-track which it serves well as. Overall, this is a fantastic album, albiet an acquired taste.