You can say what you like about mister Vikernes, but his musical ability is beyond question. "Fallen" marks his second album after his release from prison, and was expected to be a step up from the first "Belus". And a step it is. Not as much of a vast, earth shaking step as I expected, I thought... but then the pre-prison style screaming began. 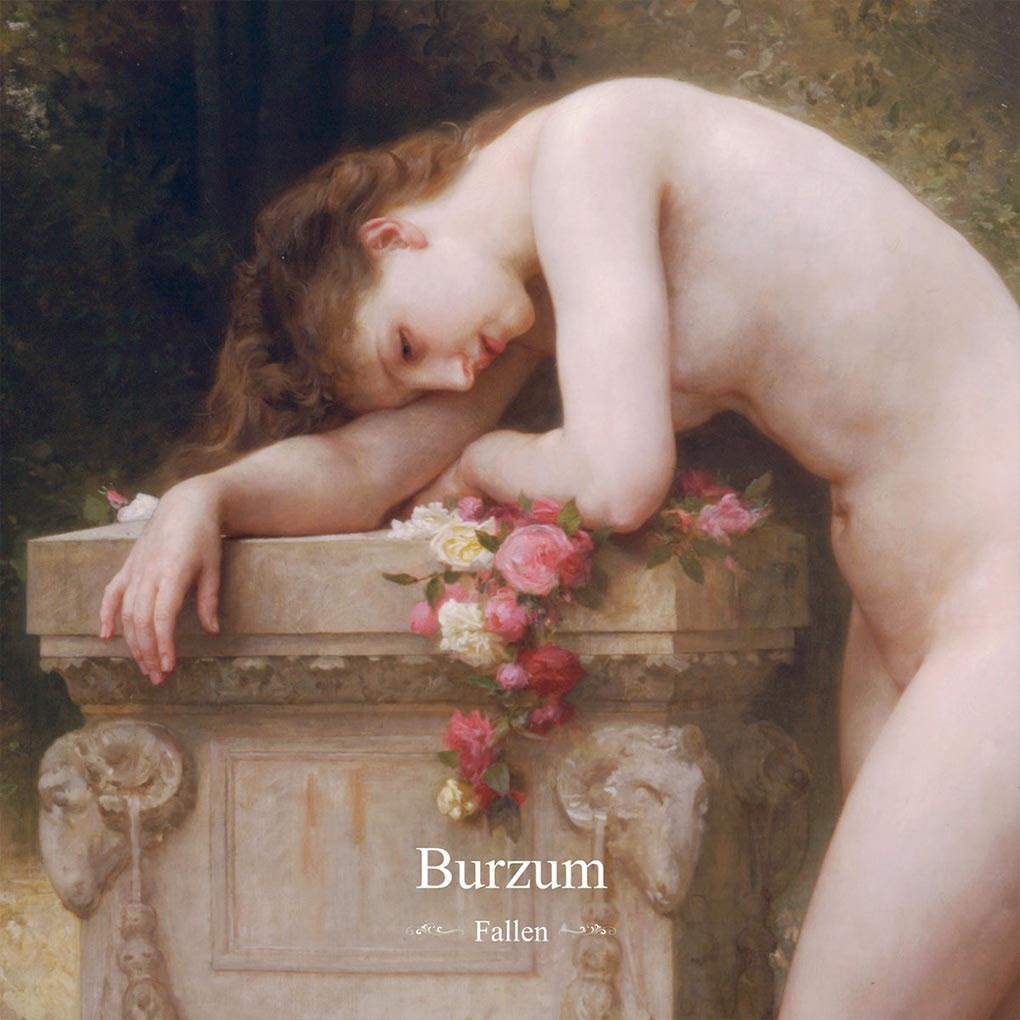 Indeed, the vocals are what impressed me most about this release.  Although lower, less maniacal than Burzums early material, the are coming into their own, and sound more mature, more in control, and definitely more varied. Varg adds some haunting, hushed clean vocals into a great many of the songs, making them more atmospheric, and taking the band's sound in an interesting direction. In "Vanvidd" Varg proves to us that  the old-screaming style remains intact. The moment those vocals struck, a shiver ran down my spine, and one thing was clear to me; Burzum lives.

The instrumentation is good, with Varg everpresent on every single instrument, all of which he goes from strength to strength on, and the production also compliments this - It is crisper and cleaner than Belus, or many of the pre-prison albums, but it still retains the gritty, raw that makes Burzum great. There are notably more effects added to this album than it's predecessors, with a lot of little additions, especially in terms of multiple layers of echoey vocals, which adds atmosphere to the album without spoiling it - I have peace of mind in that the songs need not be playable live, considering that the band in question have never played live.


I think that this album is a taste of things to come, but in many ways, it is just that, a taste. Varg has shown that his original, high scream is, in fact, intact, but merely teases the listner with it, not making use of it to any great extent. Maybe this is his choice, but I cannot help but feel that a little more of that vocal style would have been the icing on the cake.