This is going to be a short one, considering that "Hit the Wall" is a single track, and only four minutes at that. I gather, although I may be wrong, that this track will not be on any future albums by the band, and, as such, I believe that it is worthy of review of it's own right. 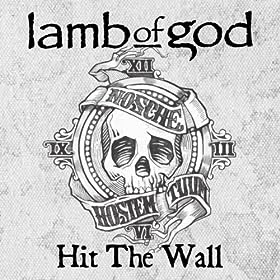 First impressions were interesting. The song blasts of to an intro which could quite easily be melodic-death metal, before settling into the familiar and much used Lamb of God groove style, albeit layered much more heavily with lead guitar than their earlier work, essentially giving it a feel of something between "Wrath" and "Sacrament". As always, the technical skill of the band is impressive, especially the drumming, which never fails to amaze me, and to incite my eternal jealousy of Chris Adlers ability as a drummer.

Although not the most catchy song I've heard from them, it's certainly true to form, even if the vocals are little thin, and sends a huge reminder to the world that the band are still on top of their game, and are playing a winning game of consistency. This being a single, there's not much more I can say, but give it a listen and see what you think. Incidentally, all the versions on Youtube don't have vocals, which seems a shame, but nonetheless...


I give this single a solid 7/10, and hope that the band keep up the good work.