I can't say I'd heard anything by Witchery until a friend lent me their "Witchkrieg" album, out of the blue. Despite a lack of reference to their other material, to which I have not heard, I shall attempt to review the album based solely on what I hear, and without comparison to earlier raisings-of-the-bar by the band. Looking at the cover art, I first assumed the style to be somewhat blackened, and I was surprised that when I put the CD on, what came from the headphones was distinctly and unrepentantly thrash. 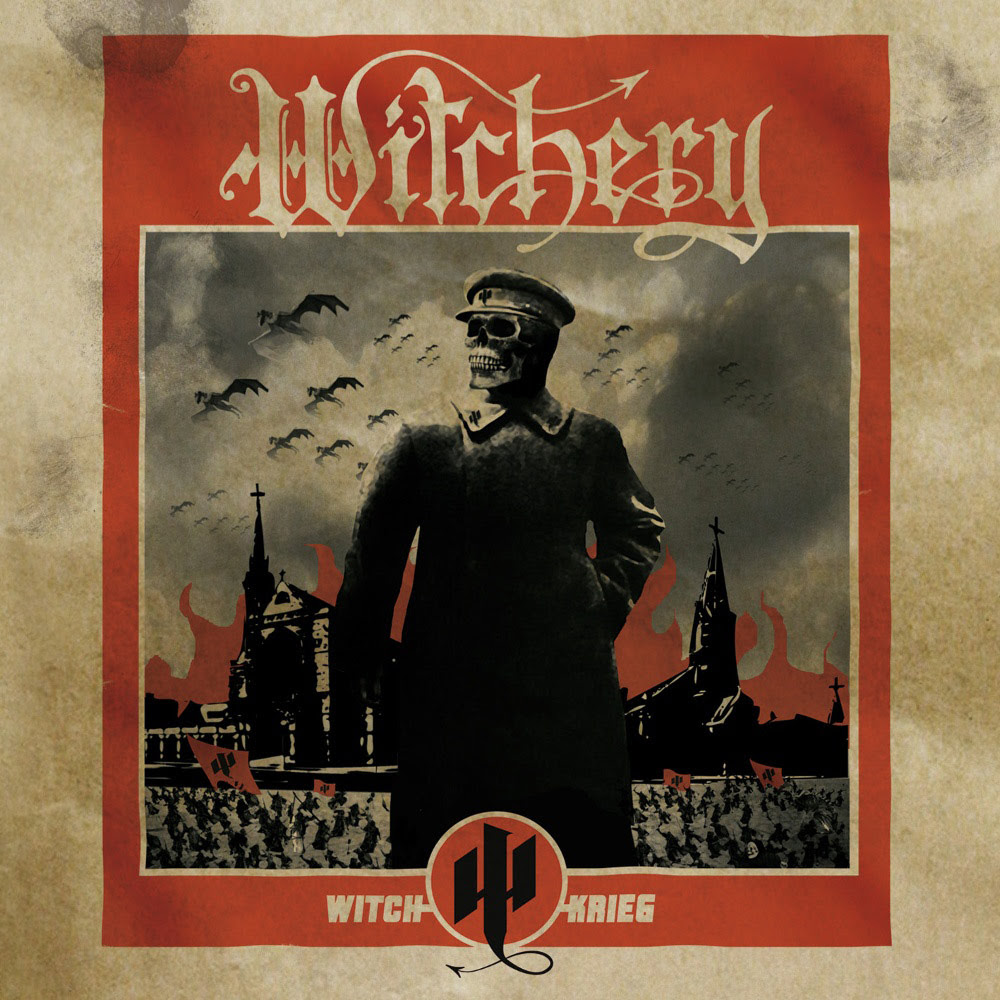 In "Witchkrieg", the band have certainly assembled an all star cast, with guest solos in half of the songs, including Kerry King in "Witchkrieg" and Gary Holt in "The Reaver". This adds a certain degree of unpredictability to the songs, with Kings solo taking me completely by surprise. Overall, the band seem to achieve a pleasingly technical, crunchy and catchy sound, which comes across as sounding like Slayer with a little groove thrown in for good measure, along with harsh death-metal like vocals which dominate most of the songs, which take them away from the realm of standard-issue thrash, and point the band to a more extreme sound.

While not as fast as some thrash, with the exception of a few songs, the band seem to compensate with brutal riffs reminiscent of Testament's "The Gathering", and similar crunchy 90's releases, although in contrast, Witchery certainly aren't scared to use a few electronic effects now and again, sometimes to good effect, sometimes not, and the album has certainly been produced very heavily in places, although other parts much less so, giving a slightly uneven feel.


The production on this album, while tolerable, in some places lets it down a little. The drums, especially, sound quite heavily polished and almost irritatingly plastic, and some of the added effects to the songs feel a little bit pointless. Another criticism I have is the lack of soul within the music, which, although brutal, sounds quite dry and shallow, which is certainly desirable when in the right mood, but not all the time.

I give this album a steady 6/10. It's likable, and in places very good, but I wouldn't consider it essential.