It would have been better with Bruce Dickinson. That much is true.

However, It is foolish to underrate this album only on those grounds. Blaze-Bailey's vocals are Impressive, especially on his solo work, but it is true that his vocals were neither at their best, or best suited, to Iron maiden, especially considering that he has something of a Mark-Knopfler crossed with Roger Daltrey vocal sound going on, especially in songs such as "The Angel and the Gambler", which although an interesting vocal style, was definitely not an Iron Maiden vocal style. 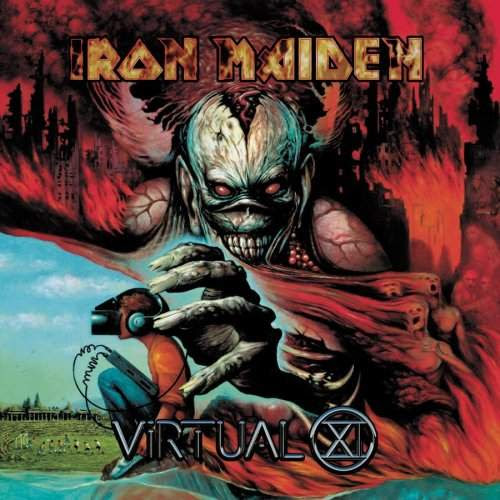 If we brush the issue of vocals aside for a moment, looking a little bit deeper, there are some really impressive songs on the record, such as "The Clansman" which is an epic and stirring nine-minute masterpiece, or "When two worlds collide", which features some of Maiden's best lead guitar work. Lead guitar seems to be one of the albums major strengths, and I can't say I've heard anything quite like it before this album, or after, on any Iron Maiden releases.

Virtual XI may have been met with disappointment by many, but upon closer inspection, it shouldn't be cast aside so lightly, as it is filled with hidden gems, even if the vocals are not one of them.


It may not be quintessential Iron Maiden, and it's far from perfect. It is unlikely to be remembered as a classic, or a landmark album, but you know what? It's still pretty damn good.