Wierd does not begin to cover it. Wrapped in luscious cover art, and a unique sound, Baroness are definately a band to watch. Described as Sludge metal/Progressive metal by various sources, It is certain that the band does not fit fully into either of these genres. 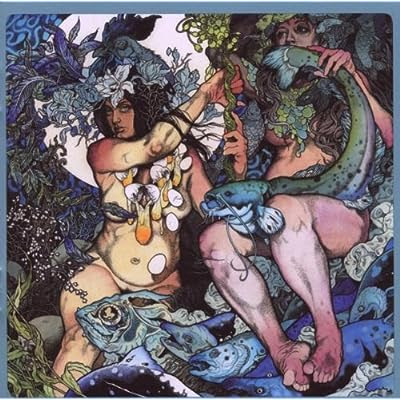 The "Blue Record" is Baroness' second full length album, and is bedecked in just as much progressive and unusual music. Songs like "The sweetest curse" typify the heavier side of Baroness' sound, while haunting tunes such as "Steel that sleeps the eye" are beautiful, and unusual, two of the foremost components of Baroness' style.

Baroness' style, from the psychedelic-like instrumentation, The unique styles, and the vocals ranging from a hearty bellow, to a soft, gentle lullaby, is one of the bands greatest strengths, meaning that It has something to offer many people.


One of my criticisms of Baroness is, oddly, also the strangeness. Many of their songs are excellent, but also seem to have large parts in which nothing particularly interesting is going on, although this is a lot less so than in the previous album ("Red album")

All in all, I give baroness a 7/10 Rating, although If I took cover art into account, that could easily add another point.