The Ultra Violence is quite a late debut as thrash-bands go, but 1987 is certainly still a year of important debut albums; Testament, Sacred Reich, and many others in addition to Death Angel, had much remembered debuts that year, and many will argue that while Death Angel aren't the biggest thrash band of that time, The Ultra Violence is certainly worthy of the status of a 1987 classic. 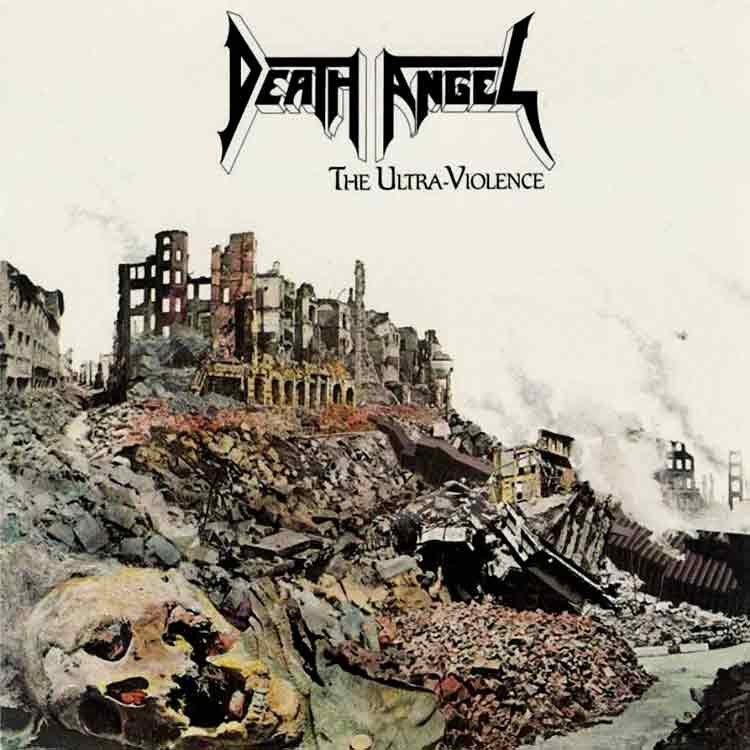 The album's first, and very lasting impression, is that the album manages to blend a very impressive level of technical ability with an almost chaotic sound and production style, very rough around the edges, but at the same time not losing any of the feeling that the album has very intricate guitar work. Effectively, this allows the album to harness the appeal of both the crunchy, energetic and rock n' roll values of conventional thrash and the impressive, head-turning capabilities of the high-octane breed of the genre. Not only is the album technically impressive, but it's also varied - often notably fast and energetic, but also boasts some forward-thinking sections, such as the intro to the title track, which not only sounds magnificent, but is also quite unlike anything I've heard in thrash, perhaps more akin to traditional metal. Aside from that example, there are countless moments on the album which you can tell happened quite obviously as a result of the band thinking out of the box, and often manifest themselves catchily, quirkily and almost always executed well, complimenting the song, as opposed to being "the wrong kind" of innovation.

The albums tempo is quite relentless, more so than many of the other thrash-bands of the time, even. At no point, if I have listened well enough, is the album ever truly "slow". Certainly, it slows down a little in places, but a lot of the time the music is consistent in being blisteringly speedy, and really captures what thrash is about - somewhat better, in places, than many of the classic albums which had already come into existence at the  point that the album was released. The riffs, on top of being memorable, really lend themselves to moving with the music, headbanging, and generally doing what good thrash metal is meant to do - and doing it well. The chaotic production really gives the feel of musicians playing in a non-sterile environment, not quite live, but with a great deal of character, with bits which sound partly improvised, and an all permeating feeling of refreshingly minimal post-recording editing and crease-removing - I often say that albums sound "organic" but this one exceptionally so.


While quite possibly one of the lesser known great-debuts of a time in which thrash metal was one of the rising forces across the world, The Ultra Violence is undoubtedly also one of the most solid and accomplished. The band managed to create a very mature but energetic work, without the juvenile feel which so many of the debuts around the same year had. A damn good record.