Amon Amarth are another of those bands I should probably know a little bit more about, but doing this review of them will be the first time I expose myself to their sound for a prolongued time. Hailed tentatively by some as viking metal, my initial reaction years ago was to exclaim "where's the viking in that?" but I'm beginning to see what they meant, at least, somewhat. 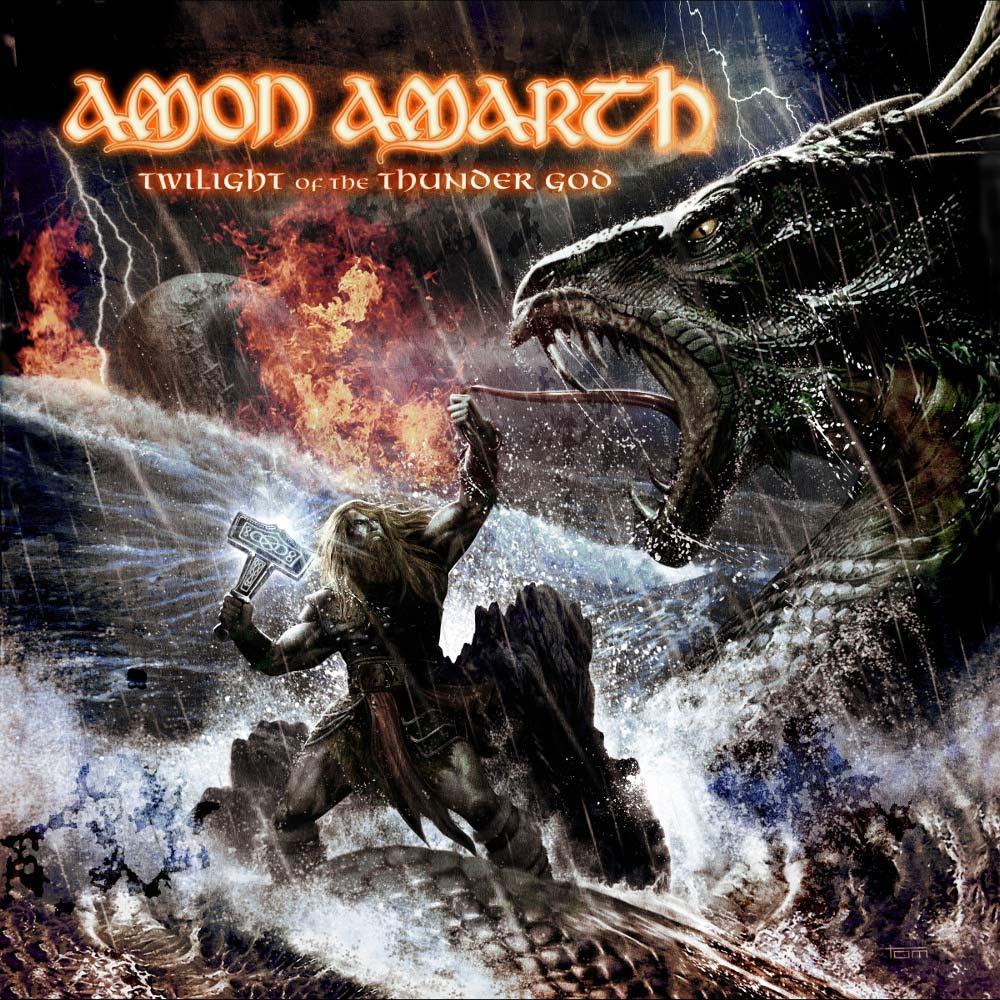 At heart, the creature which is Amon Amarth is distinctly of the melodic death-metal variety, but upon listening to more than the first fifteen seconds of a track, I definitely noticed the viking feel which the music has. This Norse feel is generated by somewhat folky, medievel twists, which evoke an epic, often wide-open, wind-through-your-hair feel throughout the album, especially the tremolos and melodies, which, when and wherever they arose, made me feel the icy wind and look over the snowy lands. While the music may border quite frequently on being a little bit cheesy, it often manages to be sincerely enjoyable and beautiful, or at the very least, bursting with adrenaline and viking-mead, certainly music which caters towards major headbanging. Amon Amarth seem to be part of the select school of melodic death metal who encorporate many of the fundamentals of power metal, and definitely have the prominent lead guitar and tempo which, without taking account of the guttural vocals which dominate the songs and forge their identity,  could be just as easily power-metal as melodic death metal - as it is, however, the band sit somewhere in the middle, and on this album, pleasingly so - definitely the best of both worlds, as opposed to a clashing mixture.

On of the most major keywords to be applied to this work is, unsurprisingly, "catchy". Most probably with the prefix "very very". Most of the tracks are in at least some way engraved into my mind after one listen, and while it's in the nature of both melodic death metal and power-metal to be catchy, Amon Amarth really go above and beyond. Perhaps this is in no small part down to the Norse twist which definitely permeates every single song, but I also wouldn't hesitate to consider that the band have made a very catchy record without overly relying on a single theme, more accurately, they've simply made a record which is solid. Twilight of the Thunder God is a much more enjoyable album than I anticipated, and while I don't listen to much melodic-death metal, this is really what I look for when I do - catchy, memorable, energetic and a little bit over the top. It's safe to say that this album is all of these things and more.


It feels good to listen to something of this style - quite crisp, definitely well-produced, but also rough around the edges, harsh, and sitting comfortably on the line between cheesy and unapologetically epic. All in all, a very enjoyable concoction.