I've not reviewed anything especially progressive or bizarre in a while, which is, perhaps, a cause for lament. When it comes to the avant-garde dimension of metal, I must say my knowledge is somewhat lacking, and, for the most part, the exposure which I do get of all things progressive and bizarre can at times be off-putting. On the other hand, I'm not cynical enough to think that the entire body of progressive and avant-garde metal is made up of gratuitous wank. Most of it is, but that's not the point - the point is that it's about time I delved into the finer acts within the niche, such as the one which I stumbled upon the other day, and thoroughly enjoyed; Pan.Thy.Monium. While long gone, the band's work lives on, and their second album, Khaooohs, is one which offered me a very interesting listen. 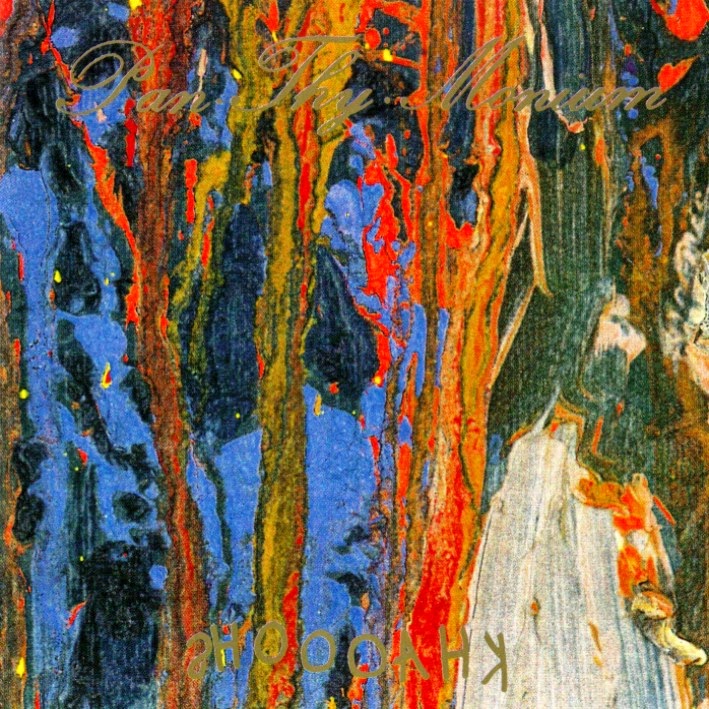 From the first couple of minutes of listening - or, at least, when the intro track had faded away into the real meat and substance of the record - I could tell that Khaooohs was something special - a wonderfully crafted mixture of old-school death metal and coherent, smooth absurdity and innovation. A variety of instruments, are present, including saxophone and a variety of keys, which grant the record an extremely eclectic resume of sounds, all carried along in a crunchy and savory death-metal shell. The musical structures on the record evoke both chaos, as the title suggests, but likewise have a solidity and cohesion which many avant-garde acts forsake; the riffs are memorable, and their experimental accompaniments crown them beautifully, often with a truly luxurious, gorgeous atmosphere, enticing the listeners ears. The band never turn their back on one of the most important details; it's vital that, however experimental your persuasion might be, that your songs still feel coherent - every track on Khaooohs succeeds in this with gusto. The guitar work retains a fantastically sturdy, robust feel throughout the record, really propelling the music along and giving it a hearty dose of energy, especially in light of the exceptionally bouncy, somewhat up-beat riff-structures and drum-beats which the band deploy, giving the music a groovy, almost swinging feel which is somehow intrinsically enjoyable to hear.

I say it often - perhaps overusing it somewhat, but there are very few other bands with whom I can think to compare Pan.Thy.Monium's work to; less overtly insane than many in the avant-garde camp, but at the same time more out-there and experimental than the closest album I can bring to mind; Tales from the Thousand Lakes, by Amorphis. Perhaps that shines a light more on my lack of knowledge than anything else, but I doubt many people would disagree when I say that Pan.Thy.Monium very obviously plow their own furrow in terms of sheer originality and inherent talent. Writing complex and innovative music on its own is one thing, but writing it as well as Pan.Thy.Monium do is another thing entirely. The balance between the atmosphere, the experimentation and the genuinely crushing riff-work is wonderful to hear; the album may be one which is very experimental, but at no point does it forget that it's also a death metal record, highlighting the sheer elasticity and plasticity of metal, and death metal, as a genre fit for blending just about anything into, with some degree of success. Musically, I'm not really literate enough to nail precisely what it is that Pan.Thy.Monium are mixing with the death metal, but I can nonetheless testify that it sounds exceptional. The cover artwork, very aptly, summarizes what the album is all about; you can't tell what it is exactly, but it's awesome to behold.


I can't even remember how I discovered Pan.Thy.Monium, and that is unusual indeed, considering that it was earlier this week. Nonetheless, like a bolt from the blue, the Khaooohs album has rocketed to being one which I've thoroughly enjoyed, and indeed, recommended to a number of people already. This is, I can safely say, one of the best avant-garde metal albums I've ever encountered.