It's been a little while since I ventured to review a doom album, although the reasons for this escape me, as I have been listening to a fairly plentiful stream of doom recently. If I had to pick one record which has served as the flagship to my listening in that area so far this year, it would be Windhand's late 2013 record Soma. That being the case, now seems to be the time to review the aforesaid hour-and-a-quarter of riffs, having finally let it's rumbling, stoner-doom goodness seep slowly but surely into my brain thoroughly enough to be able to describe it in sentences. 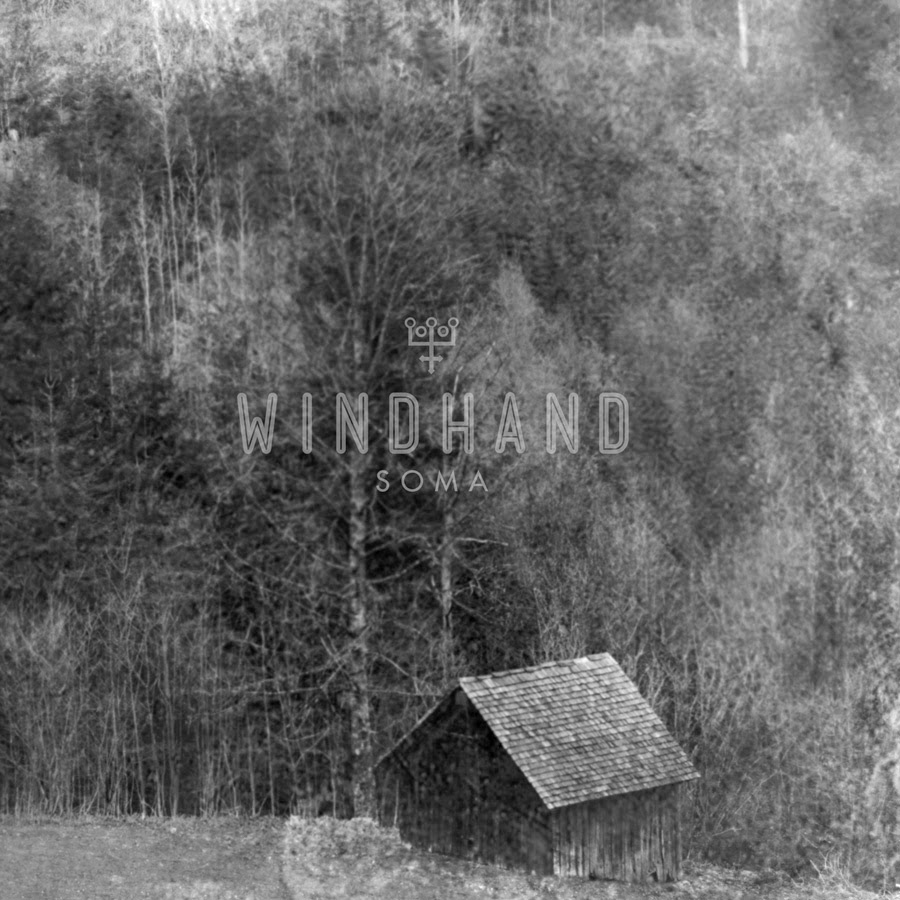 Soma is a fairly interesting collection of ingredients, and while it might, prima facie come across as a fairly predictable stoner-doom album, it very quickly unravels your preconceptions and proves that it is, in fact, an extremely interesting record. Peeking out from the crushing riffs are glimpses of an atmosphere which few bands manage to truly capture - less gratuitously narcotic, but easily as psychedelic as any other doom record you can bring to mind, Soma has a strange but enthralling beauty to it - the soaring vocals of Dorthia Cottrell blend into the crushing tone of the album to create a sound which feels tender and bruised, but also soothing. There is an element of pain in the album, sorrow too, but all carried on a tide of uplifting intensity... I try not to conflate how the album makes me in particular feel, with how the album sounds, but in a sense, those two things need never be separate in how one indulges in music. The vocal lines are, at all times, very definite; precise, measured and truly correct to the backing rhythm to which they conjoin - the immediate effect is to render the whole album one which is truly loaded with memorable sections, for the most part firmly absorbed by the listener within a couple of listens. Perhaps not in the sense that there are particular sections which you look forward to above others in the record, but certainly, when the album is enjoyed as a single piece, as only feels right, the whole thing feels like a familiar cocoon extremely quickly, and is all the more rewarding for it.

The album is around 75 minutes in length, which serves as a testament to how absorbing it can be; I could have sworn it was only about an hour, perhaps less, in length. Indeed, it's definitely the sort of album which makes you lose track of time, and in a relatively good way. It is for this reason that I find the record to be best enjoyed as a single serving; it seamlessly carries itself for it's entire length, from its first stirring of life, right through to its unhurried fade into nothingness at the close of the mammoth closing track. The entire record is slow, steady and  in no hurry to get anywhere; it's not the sort of record which bestows you with a particularly keen awareness of where you are, in it - instead, it's the sort of record which you are, throughout, content simply with the fact that it is happening to you - it truly envelopes the listener. Gratuitous heaviness isn't Windhand's game, although the tone is truly speaker-vanquishing, and for the most part a present elephant-like stampede of lower-end and fuzz throughout the album. The atmosphere which is conjured hand in hand with this heaviness, however, is truly the pinnacle of what the record does. I can safely say that Soma is one of the most atmospheric - or, at the very least, possesses among the strongest atmosphere of it's sort - within just about all of the stone doom I have laid ear to. It feels far more than superficially stoned and whacky - transcending beyond to a more heartfelt realm, the heaviness trapping your senses, and the vocal lines and piercing, psychedelic solos calling out to you, dreamlike.


Soma is the sort of record which, if you're a fan of the genre in general, it's quite difficult to find problems with; sure, it's long as heck, but it's not remotely ponderous, and easily justifies - even disguises - how long it runs for. As for the music itself, I can personally attest that it's some of the best stoner-doom I've listened to. Granted, the album embodies many of the norms of the style, but it is, simultaneously, far too interesting to be considered run-of-the-mill. It is, without question, equipped with its own identity.