First and foremost, my apologies for not writing many reviews this month - I've been busy with various things, some of them apparently quite important. Anyway, I'm still writing as often as I can, and today we will be taking a trip to the four corners of the universe, and see strange and cosmic sights to which death-doom has rarely taken us previously. Everyone step aboard Ixion's 2011 atmospheric début album; "To the Void". 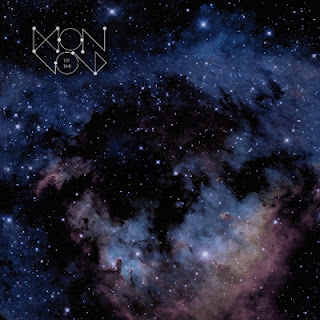 I first heard of Ixion in passing, summarised neatly as "space-doom". In all possibility, this is the most fitting description anyone could have come up with. Very overt, soaring keyboards feature prominently in the album, and really sculpt it's atmosphere into one which utterly, unapologetically evokes space; vast, beautiful and filled with wonder, but at the same time cold, uneasy, and perhaps as much filled with melancholy and sorrow as with joy. Epic synth and guitar melodies tumble through the album, and the sound snugly fits the weightless, slow-motion atmosphere of space. The harsh vocals which predominate the vocal department seem to fit the atmosphere too - You might expect harsh vocals to be a little odd given the context, and I wasn't expecting to hear any when I first listened to the music, but this is not the case - they work very well indeed, with a cold, slightly muffled edge which continues to compliment the cosmic feel of the album - it sounds like the vocalist recorded his tracks whilst inside a space-suit. Whether this was the intention or not, it works. The clean vocals are more varied, but are equally effective, and certainly lend themselves to the theme - they sound subdued, but also floating, soaring on solar-wind. I'm dwelling on the atmosphere a lot thus far in the review, but I think there is reason to; the album has a fantastically conjured atmosphere, and one which is consistent and well deployed throughout the whole album - easily worthy of mention.

Doom metal seems to be powerful a lot of the time - certainly something which the genre does well, and, it seems, something which Ixion do particularly well; The album feels sincere, and when you listen intently, every chord and held note feels monumental - the kind of doom album which comes at your senses like waves. At the same time, I've never, although I suspect  that it is out there, heard doom-metal which escapes gravity and sounds so far from earth. Sure, I've heard psychedelic, transcendent doom-metal before, but To the Void is very different - it's not psychedelic as such, but more akin to the science-fiction of the doom-world - It doesn't sound like it's about earth-bound subjects, or that it's even from earthy musicians - more that it was what happened when the waves from some unknown galactic singularity were converted into sound, and made something beautiful in passing. Even the synth itself sounds apart from normal synth, less akin to known instruments, and more novel. I suppose that's what some of the best music is all about, in the end; taking the listener far away from where they are, to somewhere entirely different.


I'm very, very impressed by this album, and there's no doubt that I'll be listening to it again and again. I'll also be keeping an eye on what they do next. This is, I can safely say, one of the albums which has truly blown me away in recent times.