A lot of my friends have followed Blaze Bayley's solo career post Iron Maiden with a great deal of interest, and often enjoyment. Most of my friends, in this instance, tell me, through grief-infused tears, that the album is far from enjoyable. Prepared for the worst, I donned my chainmail, picked up my laptop and rode out to meet the creature head-on. 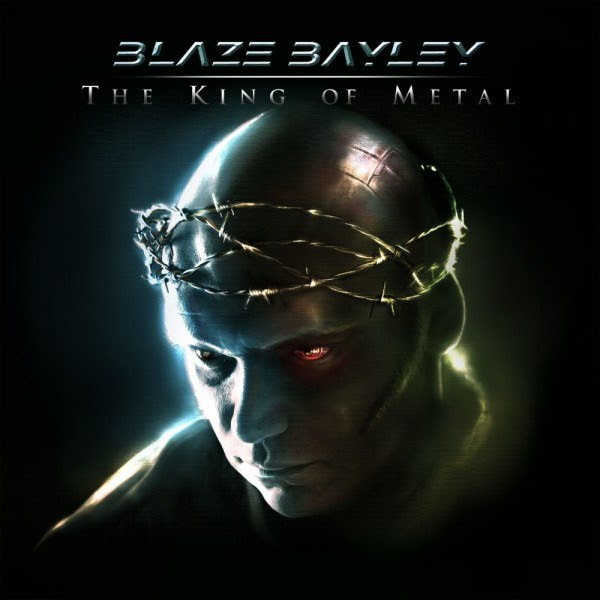 You can never judge a book by it's cover, or indeed, an album by it's artwork. You can, however, have a reasonable guess. The cover, while smooth, doesn't immediately shout much for the album's quality, and, sadly, neither does the first song, "The King of Metal"; It's memorable enough, but is lacking in many aspects, not-fucking-least in character. A couple of riffs cobbled together, with no real lead guitar whatsoever, aside from a random single note at a seemingly arbitrary position, and very rushed sounding vocals. In my ancient review of "Promise and Terror", the predecessor to this album, I held Blaze's singing as above that which he produced in Iron Maiden. This time, sadly, the reverse is true. It doesn't really sound like he's putting as much effort as he could into it. After this initial disappointment, the following songs remain roughly as bad, but have more lead and structure, for what it's worth. "Dimebag" is an oddly sterile account of the shooting of Dimebag Darrel, written in an "On my trip to the zoo I saw lions and tigers and elephants and penguins and ducks and monkeys..." style. More goes on in these songs, but they still feel very hollow and unexciting.

From a technical standpoint, the musicians are competent - The drums are fine, and the guitar at least sounds functional, when it's actually doing anything. It has a particularly subdued tone in many places, and as the album progresses, lead guitar blends with it quite nicely, which probably saves the album from utter echoing oblivion. One of the frustrating things is that many of the songs hold little gems of promise. The guitar on "Fate" sounds promising for a little while, before so many of the songs, plummeting like a starling tied to a brick. Badly written and repetitive lyrics are something of a letdown, and is almost completely un-ignorable. The previous albums were tight, vibrant, and to an extent, quite unique, but sadly, this album doesn't follow in any of these respects. If anything, it sounds like a collection of songs which didn't make it onto the other two Blaze Bayley albums. It has it's occasional moments, but all in all, it's disappointingly half-arsed.


I must admit, I had no idea that Blaze Bayley had a new album just out until today, and I can sadly say that it's a definite decline from the past efforts. Perhaps it's not the nuclear apocalypse that was Illud Divinum Insanus or Lulu, but it's certainly a small tactical warhead aimed at the fanbase.