I've never dedicated much of a partition in my metal-taste to European power-metal. So often, I've tried to listen to some of it, and found it a bit sickly-sweet and flowery. That is, until I realised I was looking in the wrong places. When the memorable tune of "Primo Victoria" per-chance crossed my ears, I decided to reassess. Sabaton, I can safely say, don't sound quite like anything I've listened to before. 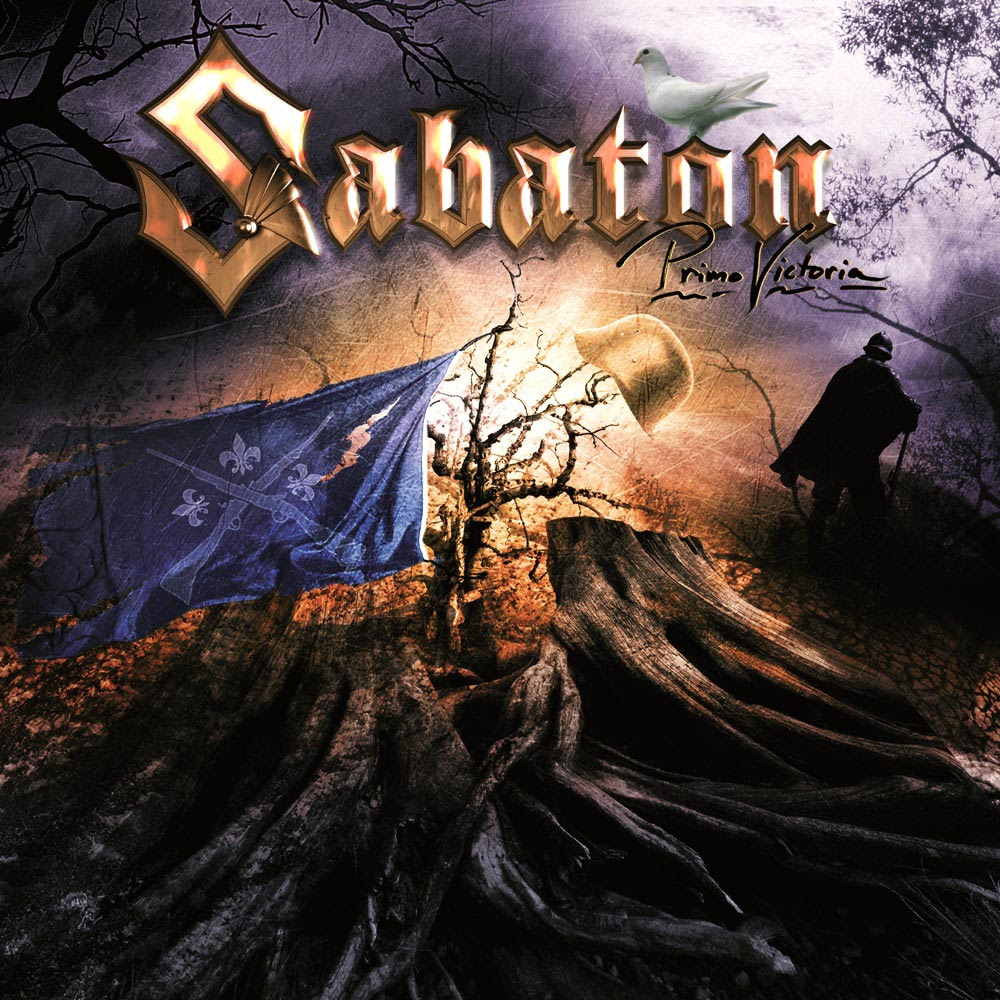 The vocals jump right out. Immensely. Unlike the high-pitched vocals I'd typically expect from Euro-power, a gruff, growling melodic vocal style is what I was greeted with, and was the first step towards getting me interested in the band. Another surprise to me was the wholeheartedly epic feel - there's synth throughout the album, but instead of being flowery, it's relatively wholesome, and garnishes the songs atmospheres liberally but not excessively, and while the production may be quite neat, tidy and standard-issue, the music maintains much more individual character than one could expect, a character which, as it happens, fits the lyrical themes of the band rather well. Power-metal about modern warfare, while somewhat inevitable that someone would do it eventually, is certainly scarce compared to the more typical themes in the style, and in my perhaps limited knowledge of it, Sabaton are one of the few bands I can bring to mind. The gruff but epic feel the band manage to produce certainly has a martial, anthemic quality to it which compliments the battlefield well.

There's nothing massively intricate going on - the band have written punchy, conventional songs, but that's all that they need to be. The songs are instantly memorable, and are packed with parts that demand to be sung along to, which is something which has been lacking from my musical curriculum recently. Good riffs and catchy hooks are really what should be at the heart of good power-metal, and Sabaton seem to have truckloads of both. The music has real swing, real balls, and I can't emphasise enough how good it sounds as a consequence. It's music to salute from a tank-turret to, music to storm a machine gun post to - Not music to ride unicorns or feast with the merry-men to, or whatever it is that the vast majority of power-metal seems to be about (of course, I'll end up listening to more, and realising that I'm totally wrong. That's how it works.)


I certainly got more epicness than I ever imagined to bargain for when I listened to this album, and I think there's every possibility that it's turned me towards being much more interested in the entire pantheon of power metal. But to hell with the additional connotations. The album itself it an absolute beast, and feels damn complete and magnificent.