It's cold outside and cold inside. I'm drinking lukewarm coffee out of a stolen Starbucks mug. The mug, I can only presume, is disappointed by its decline from being a vessel of fine high-street coffee somewhere in the mid-2000s to being full of a grim, gravy-coloured instant-coffee with neither milk nor sugar, several years later. How the mighty have fallen, it might ruminate. Meanwhile, through the speakers comes "Starless" - Ketzer's third album and major-label debut, on Metal Blade Records. It is currently four tracks into its run, and has yet to feature a drum-beat which would be out of place in a fucking pop-punk album. Several re-listens later, it turns out that the entire album is that way, and I'm left identifying strongly with my coffee-mug. 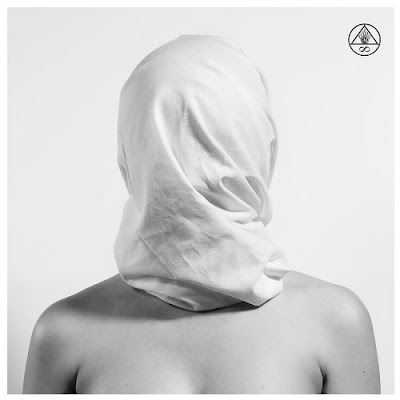 The boundaries of subjectivity and objectivity in aesthetics are less clear cut than would be convenient. The question of exactly which factors contribute to a works aesthetic merit - and whether such a merit itself is a metaphysically real phenomenon are, to put it bluntly, a real pain in the arse. The vectors of evaluation, are, then, fuzzy and indeterminate at best... and that makes my job a lot harder, because as much as I want to wax lyrical about how disappointed I am by "Starless", I'm having to take a comically enormous run-up to the actual act of specifying why, during which I'll be devoured alive by qualms about which of my evaluations and instincts are justified and unjustified, fair and unfair... Fortunately, my reviews aren't required to be too philosophically rigorous - but I digress. We've all had records in our lives which were like this - that felt doomed from the first teasers and singles. The contrived, catchy, tambourine-augmented jingle of the first released track - the title track - already rang out like an ill omen, swapping the bands furious tempo and flesh-slicing black-thrash musicianship for a hipster-friendly sound; moody, brooding and decidedly sluggish. The rest of the album carries on in much the same fashion, if not slower; never reaching a thrashy-tempo, never breaking a sweat; ploughing a furrow of at times saccharine, sensual darkness through its runtime. It's ambitious and complex, but I can't for the life of me manage to be pleased about its musical direction.

Now, it's worth emphasising, of course, that there's nothing intrinsically wrong with being hipster-friendly. Be as friendly to them as you please, they're people too, after all. Likewise, there's nothing intrinsically bad about the music on the record. Ketzer always had what it took to be an interesting band, whichever style they opted to play. Indeed, "Starless" has plenty of interesting bits - it's catchy, dark, and indulgent-sounding. As determined as I may have been not to enjoy the record for reasons I shall explain soon, it nonetheless has its fair share of cool moments, especially the eleven-minute "Shaman's Dance". I think I would have outright enjoyed a reasonable amount of it, if it wasn't Ketzer... but that's exactly the problem - it is Ketzer. It's made by the band who released "Satan's Boundaries Unchained" - one of the best black-thrash albums of its decade. It's made by a band with members who have stage names like "Infernal Destroyer" and "Necroculto". "Starless" does not sound like the product of such a band. And in many ways, for me, that's the definitive problem with the album. It casts so much of the band's sincerity into doubt, for them to so willingly spin on a dime and utterly abandon their previous style with little in the way of foreshadowing. I don't usually put much weight on the notion of "selling-out" in the pejorative sense, but at the same time, perhaps in this instance, that really is the source of my displeasure. For a band that I've followed since their debut album to so readily switch style, and presumably audience too, leaves me - and no doubt others - with the sad feeling of being left out in the cold while Ketzer hang-out with their new friends at the cool-kids table.


We live in a paradoxical world, especially when it comes to aesthetics. Bands can be criticised for crafting music for themselves, and they can be criticised every bit as much for crafting music for others. "Starless" is going to be a divisive record... and of course, we return to the many questions of aesthetics. Perhaps Ketzer deliberately made "Starless" inoffensive and accessible - is that a grounds for criticism? It that a sign of a lack of integrity? Is that even relevant to its quality, as a collection of music? Perhaps alternatively, Ketzer simply played a style that they enjoyed on this record, having grown bored of black-thrash... does that mean I'm not entitled to be disappointed in their change of direction? I don't think I could answer any of these questions confidently even after a much longer window of thought. Ultimately, it's a fools errant to attempt objectivity in a paradigm like this. All that it seems can be said is that the music I love Ketzer for is no longer the music that they're interested in making.