As long as it takes to get around to - and that's usually quite a while - I tend to do my best to gradually explore even the ostensibly "non-vital" portions of a bands career, particularly when bands have sprawling discographies with dark corners. I've always been something of a completionist, or, at least, curious enough to occasionally bother to listen to the odds-and-ends; the albums less-trodden, so to speak. Sometimes, perhaps more often than not, mediocrity ensues - but on other occasions, hidden gems emerge - or most often of all, it's a story of both. There's only one way to find out. A month or two ago, I finally took the plunge into listening to Venom's little-spoken-of middle era.

In terms of having whole segments of back-catalogue dismissed as irrelevant or ignored, Venom tends to be unexplored territory even in comparison to other bands who experienced a comparable rough-run mid-career. For my purposes - although your mileage may vary - Venom's "obscure" era encompasses a time sandwiched between the bona fide explosive classics of the bands early years, and the various impermanent reunions, comeback-esque escapades and eventual consistent run of new material that occurred from around 1997's "Cast In Stone" onward. But what of those forgotten albums? As we'll see, it's... a motley assortment indeed. 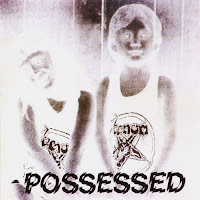 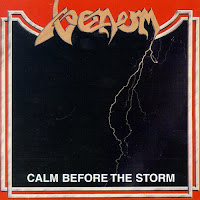 Possessed (1985): Possessed is, arguably, part of the classic-run of Venom albums. Arguably. Returning to fast, short songs after the hugely ambitious "At War With Satan", Possessed should - or could - in theory have had the strength of the bands earlier work, or at least a comparable kick to the short and snappy b-side tracks of its predecessor. Indeed, throughout the record, a segment here and there certainly whispers of such potential. Sadly, whilst offering some undeniably fun moments, Possessed is very content to flirt with mediocrity, borderline self-parody and extremely poor-production. It's a bit of a sad farewell-record by the classic line-up. That said, the record has something of the youthful vitriol and tomfoolery to it, and exudes enough charm to be listenable. Songs like "Moonshine" do a good enough job of rattling the classic Venom tropes, even if, overall, the record it is wont to blend into a single mass, robbed of power by its incredibly understated production, and comparative lack of hooks when stood next to its monstrously prestigious predecessors.

Calm Before The Storm (1987): After some substantial line-up changes, Venom moved on to release Calm Before the Storm, a record which saw the departure of Mantas. Guitar duties were taken up by a duel guitar line-up consisting of Mike Hickey and Jimmy Clare, both of whom would later go on to work with Cronos on his immanent solo-albums, which followed a similar style. "Calm..." is an album which, for my money, is genuinely quite underrated. Filler? certainly, there are several songs not worth your time, but, perhaps more surprisingly, a lot of the record is very solid indeed. Much more melodic than a lot of what the band had done before, "Calm..." is something of an anomaly, as least as far as Cronos-fronted Venom is concerned. Tracks like "Fire" bring the intensity, certainly, and this time backed up with enjoyable production, far better than "Possessed". Other tracks delve into a much more catchy, sing-along nature which I, for one, found surprisingly enjoyable. Jarring, perhaps, for someone hoping for a "Welcome to Hell" or a "Black Metal", the album nonetheless has a vigour and feeling of intent that lacked in the "let's make more of the same" offering that was Possessed. Diverging from what fans expected, and perhaps wanted, sure, but a solid - if really rather silly - record nonetheless. Even opening with a fucking Christmas Song can be overlooked in the right mood. 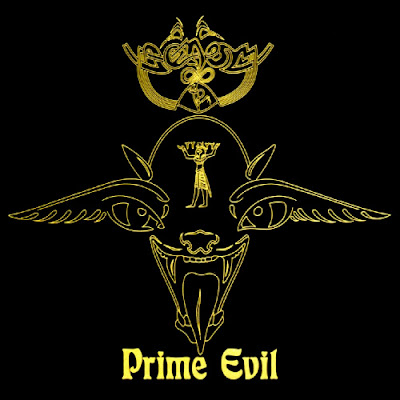 Prime Evil (1989): Following more line-up changes, seeing the departure of Cronos and both guitarists, Prime Evil saw Mantas return to the band, alongside War Machine, who had played guitar on Mantas' solo-album of the previous year. Vocal duties were taken up by Tony "Demolition Man" Dolan of fellow Newcastle act Atomkraft. Musically, Prime Evil marks one of the most refined and crisp Venom records to date, forsaking the bands accustomed evil and raucous delivery and instead being content to create a sharp-edged, cutting and precise dark-tinted speed metal record, belting along like a blackened Metal Church, both caustic and accomplished. "Prime Evil" showcases both Mantas and Abaddon at the height of their musical prowess. Gone completely is the amateurish charm, replaced by an equally rewarding-to-listen-to meticulousness, resulting in a well produced work that is, like the record before it, underrated, but in every other respect, is utterly different from it. Prime Evil would have gone-down as a thrash classic had it been released earlier - as it is, it remains the fare only of those curious enough to come looking for it... and that's something well worth doing. As far as I'm concerned, this might well be the best "non-classic" Venom album.

Temples of Ice (1991): The first Venom record in a quite a while not to be prefaced by some kind of line-up change, "Temples of Ice" was the bands first offering of the notoriously metal-unfriendly 90s. Perhaps ironically, considering the title, the record is much warmer in style and production in comparison to "Prime Evil", and tones down the thrash and indeed the darkness. In its stead, the band bring in bucket-loads of NWOBHM, speed-metal, and rock sensibilities whilst retaining a good degree of swagger and at times swiftness, especially when the record really picks-up-the-pace and grows teeth during the second half. It doesn't quite stand as tall as its predecessor, sure, but it still makes for a fun listen, even if it at times feels questionable whether it has anything intrinsically "Venom" about it, so far removed is it from the bands original sound. Regardless, it's a fun album, and perhaps all the braver for not consciously trying to sound like the records which came before. Had I not known, I doubt I would have realised it was Venom, had I heard it in the wild... but on the other hand, I would have enjoyed it anyway, and I suppose that's really the point. 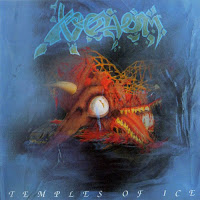 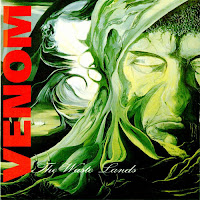 The Waste Lands (1992): The final Venom record to feature War Machine and Demolition Man, "The Waste Lands" once again carries on in the style of it's predecessor, with an amalgam of mid-tempo striding and thrashy-sections, once again not quite hitting the heights of "Prime Evil", but nonetheless delivering a solid, if somewhat non-essential work. "The Waste Lands" carries something of an experimental spirit, by Venom's standards, with attempts - many successful - at being quirky, diverse and atmospheric showing through throughout the album, including the ambitious opening track, "Cursed". On the more conventional end of the spectrum, many of the songs feature the now accustomed rigid, rhyming vocal-patterns and somewhat predictable riffs - possessing enough merit, certainly, but not on first impressions overly mind-blowing, which is in many ways entirely expected.

In many ways, "The Waste Lands" marks the final Venom album to attempt to consciously do something new with the bands sound. Soon after, the band would split, bringing to an end a more-or-less continuous thread of activity, under various line-ups, from 1979 to 1993. A few years later, the original line-up would come together with their sights firmly set on doing what they knew best on "Cast in Stone", before that line-up once again imploded, ushering in our current paradigm; that of Cronos weaving a string of consistently reasonable records from 2000's "Resurrection" onwards. Perhaps it's a story which could, ultimately, have been told without delving very deeply into Venom's more obscure years at all - but for the number of solid songs - and whole albums - encountered, some very solid indeed, it feels like a worthwhile journey to have undertaken.