Sylvus are a Canadian black-metal band, of the haunting, atmospheric, borderline folk type. I'm not sure exactly what subgenre of black-metal they could generally be considered, but sound wise, they remind me of bands like Wodensthrone, although Sylvus do not use synth to much, if any extent, but manage to create a suitably epic sound in spite of this. And, might I add, that album artwork is tasty. 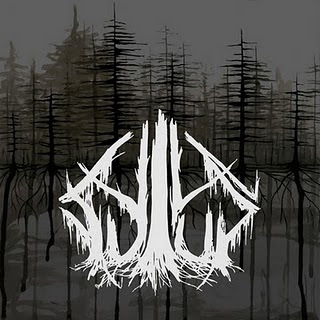 Theres a lot going on in this EP, with everything from traditional black-metal tremolo picking, to slow, doomy passages which cast a vast and foreboding soundscape. There are also clean, or close to clean sections, which remind me heavily of black metal bands like Winterfylleth and Wodensthrone, although Sylvus are of a similar age to these bands, suggesting that they share a common "ancestor" of influence, as opposed to Sylvus being influenced by them directly. The band create a sound which appears to be about half-in-half oldschool black metal and  atmospheric black metal. The musicianship on the EP is on a par with either of the above bands, with well executed work, especially in terms of vocals, which are atmospheric, and hauntingly melancholic, which help add to the tumbling onslaught of music which the heavier sections bring.

The production of the album works quite well for it, with the grainy, medium-rawness of it complimenting, and indeed aiding the melancholic sound of the overall EP, with many of the parts being quite rough, but never descending into the realms of pure fuzz or noise. The production is especially complimentative to the drummer's sound - Bringing out an extremely pleasing blastbeat from the snare, and the bell of the ride cymbal.


For the relatively short time they have thus far existed, the band have done rather well, and have opened for somewhat different, but nonetheless well known acts such as Finntroll. Having listened to Sylvus, it is fairly understandable why. The band simply have a style which sounds like it will do well. From what the bands latest demo suggests, the epic sound has since faded a little, and been replaced with a more traditional black-metal sound. Hopefully, the band can find a way for the two to work in harmony.