Austere, ferocious and cruel as it so often is - and we love it for it - Metal is also allowed to be catchy. Outrageously, unapologetically catchy, in some cases. Fun, too. Indeed, nowhere is it written explicitly that metal has to be at all unpleasant or set random passers-by slightly ill at ease. That brings me to High Spirits. The catchy, warm side of metal - or at least, my listening therein - so far this year has been dominated by work of Chris Black and his aforementioned suitably titled project. High Spirits are an entity which produces some of the most deliciously refined fun I've encountered in quite some time. Consequently, the second album, You are Here, released earlier this year, is the subject of my review today. 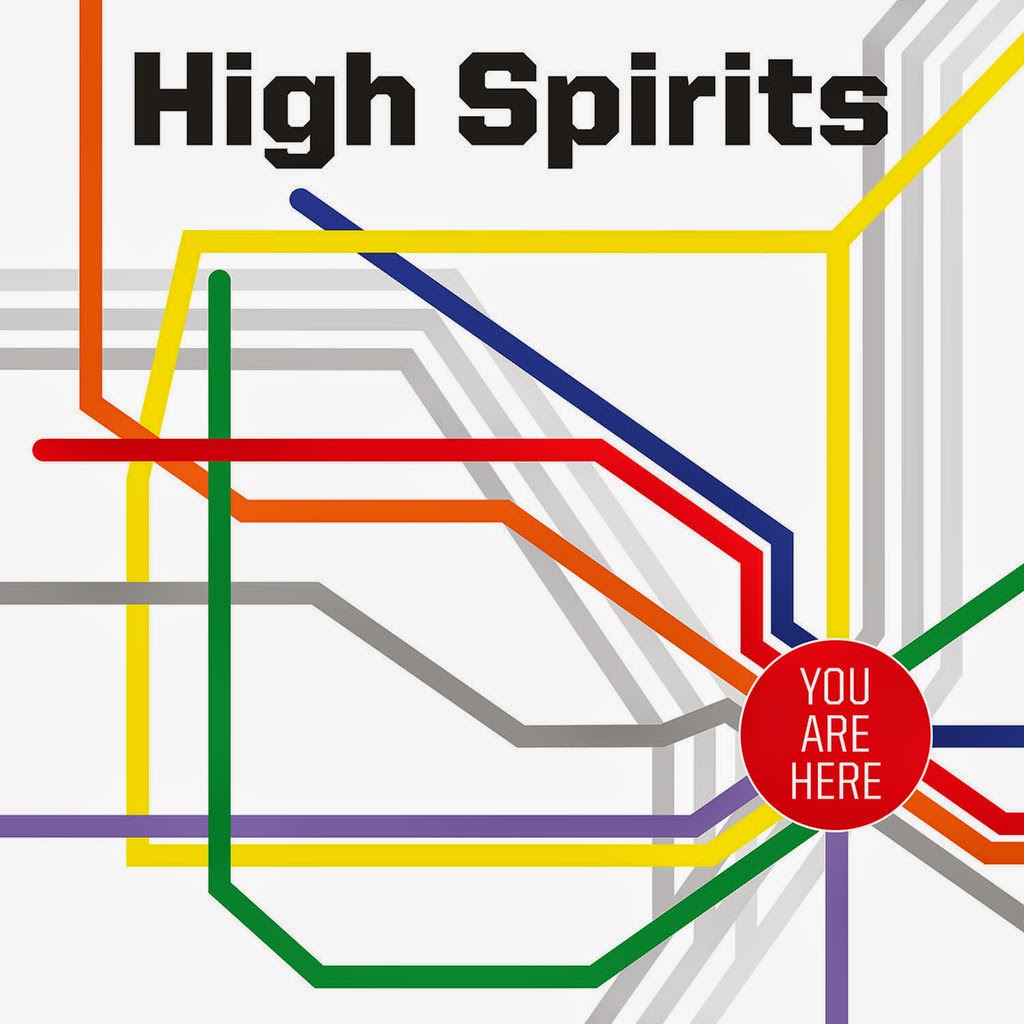 I had heard of High Spirits for some time before I acquired both of their albums (simultaneously, I might add). Indeed, High Spirits is something of a scene-sweeping cult-phenomena, and deservedly so - indeed, by my reckoning, a cult phenomenon limited only by who discovers their music, as opposed to occupying some obscure niche of taste. You Are Here carries on the work which led so many, including myself, to fall in love with the bands first work Another Night; the ultra-catchy, melodious and well-crafted traditional metal and hard-rock infused goodness remains every bit as strong on the sophomore effort; the entire thing exudes an ineffable aura of song-writing excellence. It is, indeed, quite difficult to explain just how memorable either of High Spirits' records are - if there was a chart of catchiness, you'd probably have to place the co-ordinates somewhere on the blank wall to the top-right of the graph. It's the sort of thing you could play on prime-time radio without unsettling your audience especially much. Now, that might initially sound like some sort of jab at the album for being accessible, and in a genre which fetishises obscurity, that might be the first interpretation someone makes. That's not, however, my intention. Lets frame it from another angle; almost everyone, however secretly or mildly, is partial to some rock 'n roll at least a little bit, and while many metal albums rush out to greet a far more esoteric audience, one self-versed in "how" to enjoy the material, High Spirits captures the refreshing spirit of rock n' roll being for everyone.

It is difficult - monumentally difficult - to make an album which feels properly fresh in such a traditional genre, and yet, Chris Black seems to a great extent to succeed, if not by overt originality, then by extremely gifted crafting of established elements. High Spirits in general offer the perfect mixture of musical cleverness and elegant simplicity - there's a lot going on, and a lot of it is extremely well-written and fits into the song-structures perfectly, but at the same time, there's a beauty in You are Here which is born of its modesty; it isn't trying to put more into the mixture than it needs to, but it down-right excels at what it does. The whole run-time of the record feels like the sonic equivalent of looking at some sublime, ergonomically perfect piece of simplicity; an aluminium drink can, an elegantly shaped piece of candy - some bands try to make elaborate cocktails - High Spirits is, on the other hand, a particularly inviting whisky on the rocks, or something of that sort. Ultimately, well-crafted is perhaps the best way to summarize the quality which elevates High Spirits from good to great, and does so for the second time running with You are Here. The production is superb, leaving every element of the music open to appreciation, and the songs themselves are infectiously upbeat, but not edged with a forced children's-television grimace of forced joy, in a superb balance.


There's a limit to how - and here I look for a word for a moment - how profound perhaps, a record like this can be; in most cases, I wouldn't consider it transcendental, for instance. It is very much a heavy metal record, and one steeped in the modesty I mentioned earlier. For what it is, however (and we would be foolish to try to appraise it for what it isn't) it is a truly glorious piece of good, old-fashioned heavy metal songwriting. Memorable, inspired, and massively rewarding to listen to. Don't be afraid of fun.